Revived Witch is an adventure RPG that combines both 2D dynamic pixel art and 3D lighting. It has been developed by Yostar Ltd. who is already well known for titles like Azur Lane and Arknights. Today, the makers of the title took to Twitter to announce that they will launch the game in Korea next month.

Revived Witch is a charming mobile RPG that comes loaded with adorable pixel art anime-inspired characters. You will step into the shoes of a witch who suffers from memory loss and take a journey through fantastical lands to discover what she has lost. Throughout the journey, you will meet many different personalities and fight together against powerful enemies. 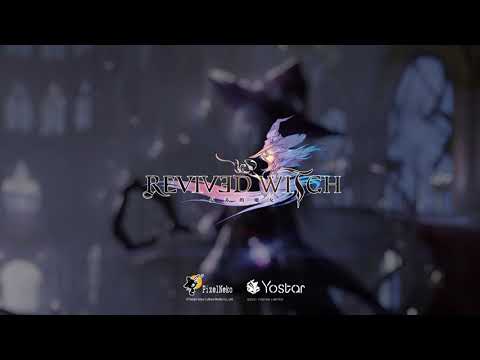 Revived Witch to release next month!

The Korean Twitter account for Revived Witch shared the news that it will be released in South Korea on November 10th on both Android and iOS. The news comes following the successful closure of the game’s ongoing beta test.

Interested players from Korea who want to get their hands on the title can now pre-register for Revived Witch (KR version) on Google Play and the App Store. The developers have also announced pre-registration rewards for the players such as Mana, Stamina Elixir, Soul Crolite, SSR Healder Doll, and Warped Hymn-Cynetia.

Unfortunately, no news regarding the launch of Revived Witch’s English version has been revealed yet. However, the English version is up for pre-registration on Google Play and the App Store. So, make sure to pre-register for some exciting in-game rewards and also keep an eye on the official Revived Witch’s English Twitter account to stay up to date with the latest developments.  Interested in RPGs? Check out our list of the Top 25 best RPGs for Android phones and tablets.
Next Up :
Undecember's latest update introduces the Rune Awakening System