We learn all about Temple building

Red and Blue co-developers Brilliant Games and Hex Entertainment announced several details about the card's attributes last week. Today, they're teasing more about their upcoming game by discussing game board itself.

Referred to as the battlefield the board won't throw up to many surprises for anyone who's played a few card games in their life. There's the standard stuff you'd expect such as the two sides for yourself and your opponent and two hearts that show each player's remaining Health Points. 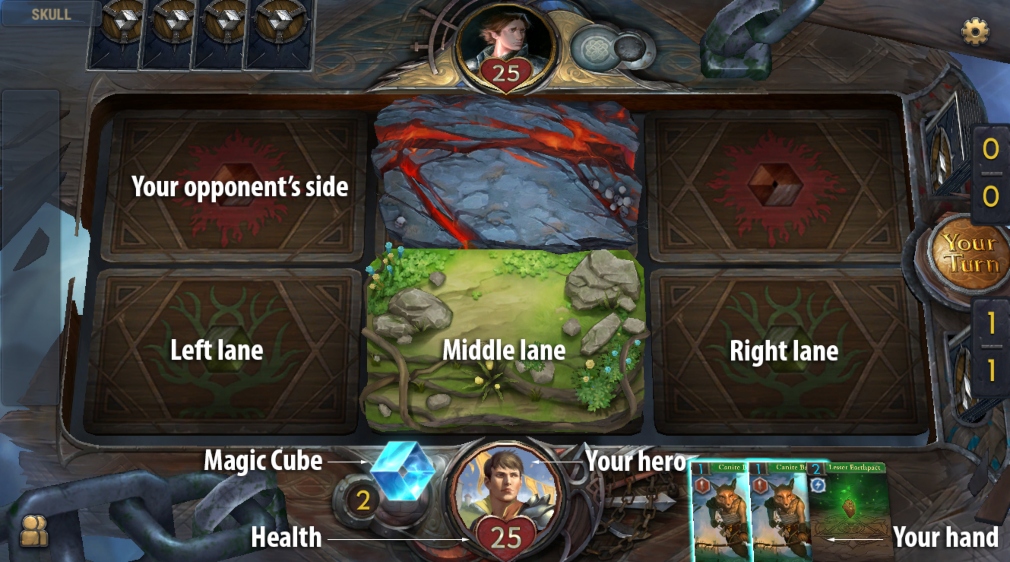 Each side is divided into three which is where you'll be able to place your Troops. Once they're placed in one of these spots they can only attack the opposite space or the enemy's hero, so long as they haven't positioned a troop there to block the attack.

Interestingly, you initially only start with one area available to you. As the game progresses you'll be able to build Temples on these spaces, which costs energy. Once built you can place Artifacts and Traps within them, which your opponent won't be able to see at first.

Of course, building Temples uses energy meaning you might not be able to summon troops that turn so you have to balance being vulnerable earlier against the long term gain of having a building which allows you to use your Traps and Artifacts. 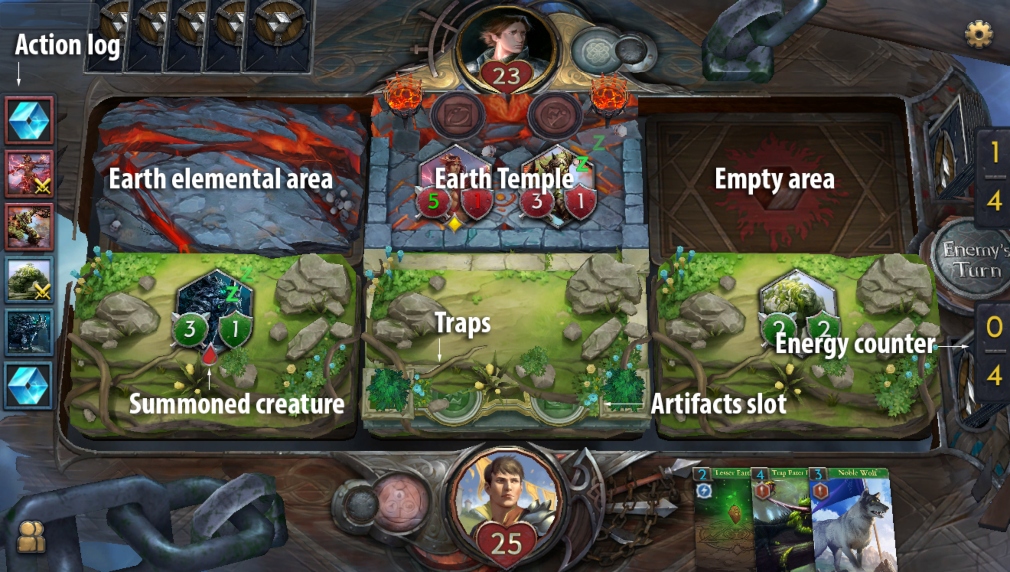 Red and Blue will be available during Q2 of 2020 on both the App Store and Google Play. There are still no details on the pricing model, though given that it's a card game it'll likely be free-to-play with in-app purchases.