Racing Kingdom: Everything you can look forward to in the upcoming drag racing game

Expected to launch for iOS and Android in Q3 2023

Start your engines as Racing Kingdom brings on the heat to mobile this year, letting players experience the thrill of a fast-paced race to the finish line with next-gen visuals. Crafted by industry veterans Yasin Demirden and Yakup Demirden, Istanbul-based game development studio SuperGears Games' drag racing game is spicing things up with their upcoming title, and here's everything you can expect.

Racing Kingdom is kicking things off with a wide variety of tracks built to satisfy all kinds of adrenaline junkies. While the studio is planning to develop a long lineup of games under the Racing Kingdom franchise - which includes drift, off-road, rally, combat racing, simulation, kart racing and more - the first game in this roster offers a high-quality take on drag racing that players can enjoy from the palm of their hand. 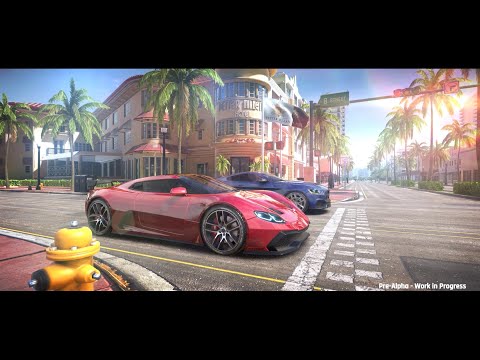 Apart from your average racing mechanics, Racing Kingdom adds another layer of gameplay where players need to nail the right shift to maximise their speed as well.

As expected from the genre, Racing Kingdom boasts a host of exhilarating vehicles that players can customise to their liking. Cars can be modified to suit each racer's personal tastes best, with personalisations like decals plus the opportunity to build a ride from scratch.

Players can also tinker around with skins, then marvel at their own masterpieces from their in-game garage where they can put up their stunning masterpieces on display. After all, what's the use of all these beauties if you can't showcase them for the ultimate bragging rights?

Of course, these cars aren't all bark and no bite. While cosmetics can be pretty when it comes to vehicular aesthetics, the true star of the show is the engine humming under the hood. It's all about putting these cars' performances to the test, and Racing Kingdom's breathtaking tracks can challenge every racer's inner speed demon from tropical destinations to vibrant cityscapes.

All these serve to complement the ideal that Racing Kingdom is aiming for - accessible gameplay for on-the-go gamers that doesn't sacrifice premium triple-A level graphics. The developers are also aiming for high-quality performance that will run smoothly not just for flagship phones but for all mobile devices in general.

That said, there's definitely more to unpack about the game as the team releases more updates in the next few months. If you're ready to rev and keen on learning more about Racing Kingdom, you can head on over to the official website to stay updated on all the latest developments.

What's A Preferred Partner Feature?
From time to time Steel Media offers companies and organisations the opportunity to partner with us on specially commissioned articles on subjects we think are of interest to our readers. For more information about how we work with commercial partners, please read our Sponsorship Editorial Independence Policy.
If you're interested in becoming a Preferred Partner please click here.
Next Up :
5 new mobile games to try this week - January 19th, 2023