Queen’s Wish 2: The Tormentor is a retro style RPG coming to iOS later this year

After a successful Kickstarter campaign, Spiderweb Software Inc are working towards launching a sequel to their retro 80’s style gameplay empire-building series – Queen’s Wish. The newest edition, Queen’s Wish 2: The Tormentor is set to be part two of the trilogy set in the fantasy empire of Haven. Players assume the role of Queen Shayrn’s youngest born who must find this way through all the chaos and build a massive empire.

If you're a fan of similar titles, take a look at these:

But why would he need to build an empire if Haven is already so mighty? Well, unfortunate circumstances led to the Queen becoming extremely ill and now her youngest child must journey to the savage land called Rokaj, which is plagued by poverty and brutality. A rebellion seems inevitable considering the growing tensions between masters and the savage inhabitants of the wild. It is up to the player now to put an end to this power struggle and gain control of the entire Empire. 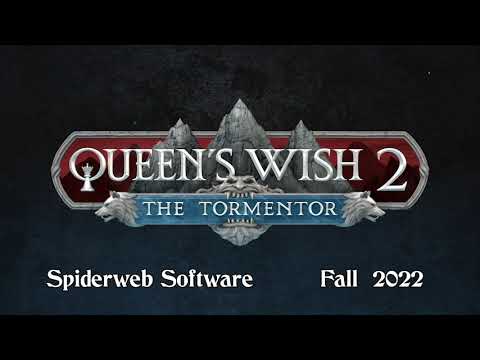 Queen’s Wish 2: The Tormentor will allow players to explore a massive nation filled with cities, forts, and dungeons where they must deal with societal problems like treachery, bribery, diplomacy, violence, and more. Battles will be turn-based and players will have to think, act, and fight smartly since that's the only viable pathway to success. Additionally, the empire can be expanded by building new forts and upgrading the existing ones with powerful bonuses. As the Queen’s son, players have all the power to make decisions and decide if they want to serve the Empire or free its unhappy dwellers.

As of now, the launch date for Queen’s Wish 2: The Tormentor is set sometime in Q3 of this year. Stay up to date on more information about the game by following their official website and Twitter handle.

Also, check out the best strategy games to play on mobile!
Next Up :
PUBG New State is hosting an epic collaboration with the cultural phenomenon Among Us