Indie developer Spiderweb Software has launched a Kickstarter campaign for Queen’s Wish 2: The Tormentor, coming soon to PC, Mac, and iOS. The fantasy role-playing adventure is the second game in the Queen’s Wish trilogy, where players will step into the shoes of the youngest child of Queen Sharyn. You’ll have to navigate the treacherous waters of royalty and politics as you fend off enemies who wish to take advantage of the Queen’s illness.

In Queen's Wish 2: The Tormentor, the fate of the Empire of Haven lies solely in your hands. You’ll have to quell a raging rebellion, figure out how to handle family demands, all while somehow managing the dangerous wilds of the Rokaj. With its retro ‘80s-style gameplay, the fantasy title promises to offer an entertaining mix of both old and new. It features an engaging narrative and deep turn-based combat, as well as a diplomatic (or violent) management system where you’ll have to best rival factions hungry to bring you down. 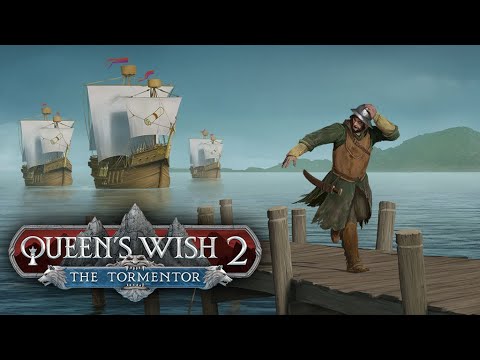 Spiderweb Software’s Kickstarter campaign aims to get fans involved in the making of the game itself. The old-school approach to the fantasy RPG adds a nostalgic charm to the title, but new twists keep it fresh. You can choose to take bribes and be corrupt, or stay on the path of righteousness for the good of your people. You can explore dungeons and caves, as well as build your team of warriors to fight off malevolent forces. Players will make important decisions that have lasting consequences throughout the game, and will have to build fortresses, workshops, and relationships (with either the right or wrong kind of people).

You can check out the Kickstarter campaign for Queen's Wish 2: The Tormentor to see how you can help make the game a reality.

Next Up :
The Oregon Trail adds fishing, QOL improvements, and exciting new quests in latest update

Queen’s Wish 2: The Tormentor is a retro style RPG coming to iOS later this year