Efun Company Limited has announced the upcoming launch of its action RPG Quantum Maki, set to release later this Summer. Alongside this announcement, pre-registration is also open.

Quantum Maki’s details are fairly light right now, with only some light gameplay factoids and a few screencaps out there. From what can be gathered, it looks a lot like Punishing Gray Raven, the semi-recently released anime ARPG, or alternatively, like Honkai Impact, another hugely popular action RPG. That means you can expect to be controlling your characters from a third-person perspective and tap prompts laid out across the screen that each corresponds to an ability your character has, all while dodging enemy attacks and navigating room-based levels.

Another strong quality that these ARPG-type gacha mobile games tend to have is, strangely enough, a really engaging story. Judging by the World section of the official website, it looks like Quantum Maki is no different in this regard. Plenty of lore for each character as well as the world itself for players to engage with if they so desire. Alternatively, if you just want to use the large cast of beautiful mecha-pilots to cause immense amounts of destruction and skip all the story, you can do that too. 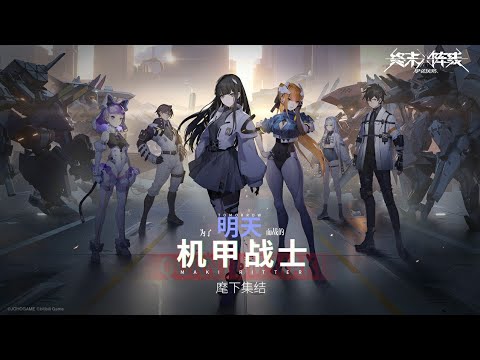 Even with only these tidbits of information we’ve been given, it’s easy to see how Quantum Maki could be the next big hit ARPG. After PGR blew up like it did, gamers might be in the market for some fresh new action, and Maki is happy to offer that up. As well as those pre-registrations being open for Japanese players, you can also sign up for the future closed beta test that will be hosted soon if you’re looking to get your hands on it early. In the meantime, you can check out either of the links below to pre-register!

Looking for more action role-playing games in your pocket? Check out our Top 10 best ARPGs for Android!
Next Up :
Legends of Runeterra releases new Forces From Beyond expansion, introducing a ton of new cards and three new champions