PUBG Mobile's latest update will feature all the new content players were waiting for over the past few weeks. The new update introduces Godzilla, Kong and Mechagodzilla to Battle Royale along with a new Arena Map and lots more.

The new content is now live in-game where players get to tackle Titans that include Godzilla, Kong and Mechagodzilla. Along with that, the maps have new routes waiting for you to discover.

From June 9th, Erangel will go through significant changes as the game will allow microcosm gameplay features where you can shrink and teleport anywhere inside the map. During your exploration of the new routes, interact with Apex Cybernetics and Monster Settlements.

The new version will feature Titans in Erangel, Sanhok and Livik. Before heading into the match, make sure you click the Titan Strikes mode, to enjoy the exclusive content. During the match, these mysterious creatures can be spotted frequently. 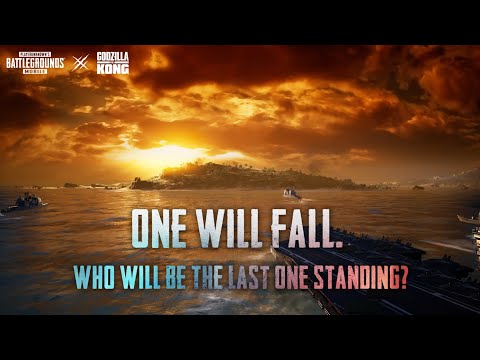 Most importantly, these creatures drop enhancement items called Titan Crystals which you can exchange for a special throwable and boosts to your characters’ abilities. The new content on June 9th will also establish strange labs which are home to a Quantum Transformation Device.

To make things more exciting, players who acquire the device will turn them into mini creatures and will only fight with creatures similar to them. The transformation also comes with new features as well.

Lastly, the newly implement aiming mode, over the shoulder (OTS), is basically a button that will slow the movement speed while increasing the shooting accuracy. This mode is said to be quite effective in long-range battles. Finally, the new CoupeRb is also available in Erangel, Miramar, Sanhok, and Livik.

Looking for other battle royale games to play on the go? Here are 9 of the best available for Android phones and tablets
Next Up :
Boxing Star celebrates 4th birthday with a ton of free handouts as well as some new content