PUBG MOBILE is giving players tons of reasons to celebrate with its massive Version 2.0 update next month. In particular, players will be able to experience the newly-enhanced Livik map, as well as exciting collabs with BLACKPINK, EVANGELION and The Great British Teddy Bear Company.

In the latest update to PUBG MOBILE, players can expect to dive into the official version of the Livik map, where they can duke it out in a 2x2 sized map and enjoy distinct playstyles and architecture with every themed area. This includes the Midtstein urban area, the wide roads and the new soccer pitch of Blomster, the new Logistic Center (formerly the original Lumbar Yard) and the new Iceborg. 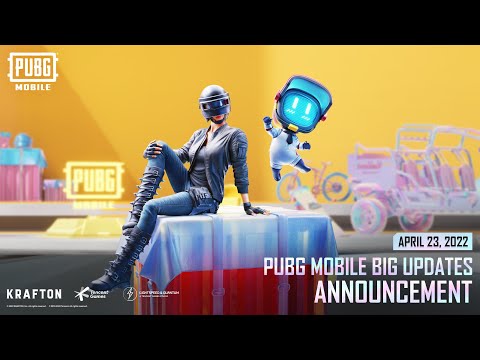 Players can also traverse Livik in new modes of transport such as the four-seater UTV that can handle all kinds of terrain. You can also launch your vehicles into previously inaccessible areas to score activity rewards. You can discover more details about the new map's features by staying tuned to the game's social media channels for all the latest news.

Meanwhile, PUBG MOBILE is also teaming up with the insanely popular K-Pop female group BLACKPINK, as well as with the hit anime EVANGELION. The Great British Teddy Bear Company collab details will also be dropping soon.

If you're eager to join in on all the fun, you can download PUBG MOBILE on the iOS App Store and on the Google Play Store for Android devices. It's a free-to-play game with in-app purchases. You can also have a look at the embedded clip above to get a feel of all the updates in store for you in the Step 4ward Launch.

Are you on the hunt for more similar titles that will put your skills to the test on your mobile device? Why not take a gander at our list of the top 15 Best Battle Royale Games for Android?

Next Up :
Berserker Online is a new mobile RPG with idle gameplay, out now on iOS and Android