In case you missed it, PUBG MOBILE has launched its Mad Gala festival, letting players experience some of the most famous content creators in a new way as they put their skills to the test in real-life challenges. Players can also expect to score gift cards, in-game outfits, mobile phones and game consoles when they watch the stream.

Players can take part in the crazy lineup of events simply by catching the streams live. Prizes up for grabs will vary depending on the region, so it's important to follow the official social media channels of PUBG Mobile in your area to find out just what goodies are up for grabs and what surprises are in store for you. You can also find out more about the details on where and how you can participate in the stream, as well as eligibility and restrictions. 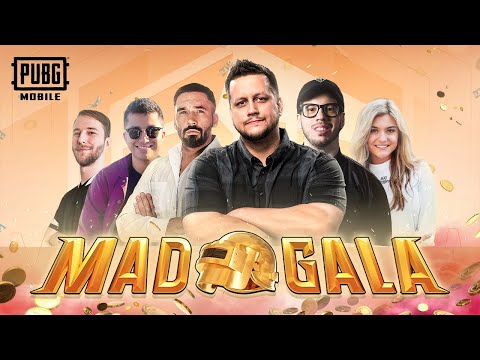 In case you're not familiar with the game, PUBG MOBILE is one of the most popular battle royale games where players duke it out in intense 10-minute matches across a variety of maps. Battles include a hundred players and can be enjoyed in Classic Mode, Payload, 4v4 Arena and Infection Mode.

If you're eager to join in on the fun, you can download PUBG MOBILE on the iOS App Store and on the Google Play Store for Android devices. It's a free-to-play game with in-app purchases. You can also keep an eye on the embedded stream above for when it goes live.

Are you on the hunt for more similar titles that will put your skills to the test on your mobile devices? Why not take a gander at our list of the best Android battle royales?

Next Up :
Into the Breach, the stellar strategy game from the FTL developers, is coming to iOS and Android via Netflix Games