Coming in with yet another massive update, the world-renowned battle royale PUBG Mobile is now hosting a birthday event for its 4th anniversary. This update will highlight the developers’ gratitude for the ever so loyal fanbase and community.

Since releasing in 2018, PUBG Mobile has stayed at the top of the global charts as one of the most downloaded free-to-play titles in history. To thank the player base for 4 years of success, the developer Krafton will be hosting an in-person pop-up event in San Francisco that will run alongside the 1.9 update that is already set to bring in tons of new content such as the Warframe collaboration, a new game mode, a new season, new battle pass, and a brand new Aerial Battlefield. 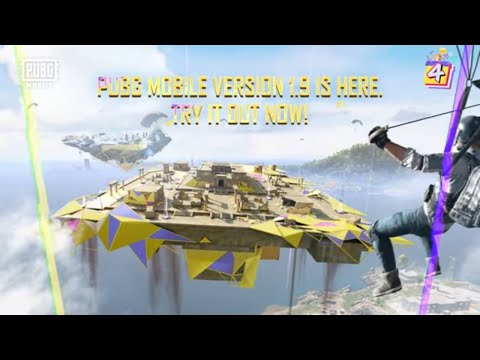 Focusing on the event details both in-person and in-game, as of today, fans will be able to enter the 4th Anniversary Celebration Party, a major event that will be hosted in-game alongside live streams that players can watch that will involve numerous giveaways for special prizes for use both inside the game and in real life. The real world in-person event is planned to be held in San Francisco on March 26th and will feature pop-up shops, food trucks, parties hosted by popular community content creators, and even DJ sets, all appropriately themed.

The in-game content that will be brought in with this celebration consists of an abundance of rewards you can win at this in-person event as well as custom airdrop designs that will be displayed in-game that are all handmade by members of the community. There’s bound to be some cosmetics and currency giveaways as well, so keep a close eye on the celebrations and you might just nab yourself some unique birthday rewards during the run of this month.

For more information on everything associated with this huge event, you can take a look at the official website. If you’re looking to get involved with PUBG Mobile, you can download it for free on both the App Store and Google Play.

Looking for more battle royale action? Check out our Top 8 Battle Royale games for iPhone and iPad!
Next Up :
Kingdom Catastrophes lets young players engage in fun interactive narratives with lots of humour, out now on iOS and Android