A blizzard of events is raining down on Pokémon Unite. As we approach the holiday season, The Pokémon Company is launching seasonal updates for its MOBA, including the addition of new Pokémon, lots of rewards and snow in Shivre City! Pokémon Unite’s holiday event begins December 15th and will run until January 16th, 2022.

Kicking off the festivities is the Pokémon that loves to kick – Tsareena. Tsareena is a new All-Rounder Pokémon that is being added to Pokémon Unite’s roster. She has powerful moves like Trop Kick and Grassy Glide, which will add a twist to the pre-existing strategic gameplay. You can pick up her license for free until December 31st by simply logging into the game and checking your mail. Dragonite joins the squad on December 20th with more information about the adorable dragon coming soon.

Throughout the event, all KO’d Pokémon in quick battles will turn into snowmen. You can still give information to your teammates while waiting to be revived. When you defeat the new Delivery Pokémon Delibird, you’ll earn a reward box that contains a one-time battle item that replaces what you are currently holding. What better Pokémon to showcase in the Central Area during the winter than the legendary Articuno? Two minutes into the match Articuno will show up in the Central Area and can be defeated for multiple rewards.

Alongside this Snowball Battle, the Illumination Challenge begins. Here you’ll collect lights and decorate the Christmas tree in the lobby for daily and challenge missions. Rewards include other decorative items, new Trainer Fashion items, and an exclusive one-day license for Alolan Ninetales. 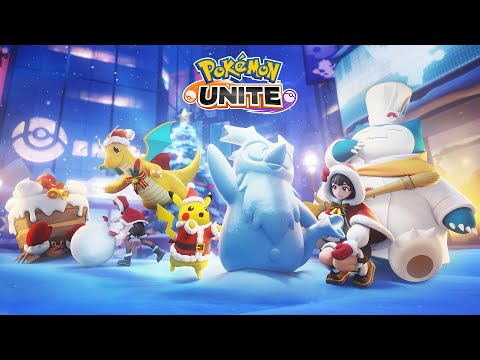 Between December 24th and January 6th, 2022, take part in the Photo Challenge by gathering snowflakes and completing the seasonal art piece. Until January 1st you will also receive loads of rewards for only logging in. And finally, as a New Year’s gift, for the first three days of 2022, everyone has access to every single Unite license in the game at no cost!

Enjoy this avalanche of events by downloading Pokémon Unite for free on the App Store and Google Play. Don’t forget to claim your 2,000 free Aeos tickets from today as well!

Also, check out the top strategy games to play on mobile!
Next Up :
Red Ball Super Run lets you fight against evil square minions in an endless runner, out now on iOS and Android