Today, DeNA has announced that a new story arc has arrived in Pokemon Masters EX. It's called the Villain Arc and its first instalment, Kanto, follows the sudden disappearance of legendary trainer Red and Team Rocket's tomfoolery.

Players will head out in search of Red whilst learning exactly what Team Rocket are hoping to achieve in Pasio. You can check out a teaser trailer for the new story content below. Meanwhile, additional chapters in the Villain Arc will get added in the future and will see other fiendish organisations from the history of Pokemon stirring up trouble.

Elsewhere in Pokemon Masters EX, players can participate in the Villain Event: Spreading Shadows to earn items to upgrade Giovanni & Mewtwo. Doing so will allow the Genetic Pokemon to Mega-evolve into Mewtwo Y. In this form, it can use Psytrike alongside benefiting from increased stats. The event will be available until October 15th. 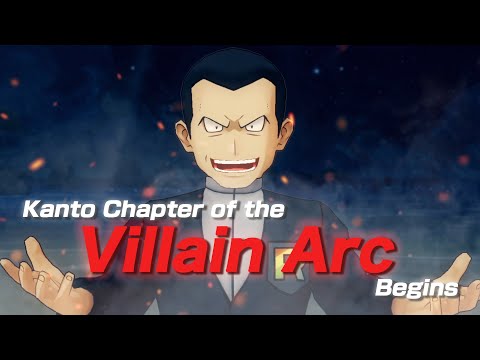 Players can also add Sygna Suit Misty & Vaporeon to their roster. The duo is capable of nullifying any stat decrease to your team whilst possessing the ability to re-charge the move gauge by four. To obtain Sygna Suit Misty & Vaporeon, players will need to spend Gems on their dedicated Spotlight Scout and hope they pull the pair before October 15th.

DeNa has also announced a Sync Pair that will arrive soon – Sygna Suit Erika & Leafeon. The Verdant Pokemon can use Sunny Day, which bolsters some of its other moves. For instance, it will eliminate the need for Solar Blade to charge up. The duo will become available from 11 pm PT today until October 16th.

Pokemon Masters EX is available now over on the App Store and Google Play. It is a free-to-play game with in-app purchases.

Looking for more RPGs to enjoy on your phone? Here are 25 of the best available for iPhone and iPad
Next Up :
Warhammer 40000: Tacticus is an upcoming strategy game for iOS and Android from the developer of Rivengard