Niantic has released details for Ultra Unlock Part 3: Sword and Shield! The Unlock event began on 23rd July and features Pokémon from different times and spaces, will enter its final leg on 20th August where we’ll see Hoopa’s mischief continuing from the Pokémon Go Fest 2021.

This event will see Pokémon from the Galar region of Pokémon Sword and Pokémon Shield make their Pokémon Go debuts! 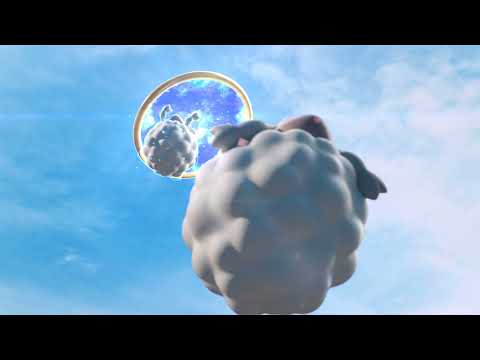 Part 3 begins on August 20th at 10:00 am and will run until August 31st at 8:00 pm local time. Our debutants are Galar’s legendary Pokémon Zacian and Zamazenta, in their Hero of Many Battles forms. And you guessed it, Hoopa’s mischief brought these two legendries to the Pokémon Go world. That’s not all either. Accompanying these two Pokémon are Skwovet, Greedent, Wooloo, Dubwool, and Falinks.

The event as a whole will be divided into two weeks, with each week featuring a different set of Pokémon in raids.

Week one (August 20th, at 10:00 am to August 26th, at 10:00 a.m. local time) will feature Zacian in its Hero of Many Battles form in five-star raids and other Galarian Pokémon like Lapras, Falinks, Slowpoke and Farfetch’d in one and three-star raids. Mega Beedrill will be available in Mega raids.

Week two (August 26th, at 10:00 am to September 1st, at 10:00 a.m. local time) gives you a chance to win Zamazenta in its Hero of Many Battles form in five-star raids and Galarian versions of Meowth, Ponyta, Darumaka and Stunfisk in one and three-star raids. Mega Pidgeot will be available in Mega raids.

Keep in mind that both these Mega Pokémon have an edge over the 5-star raid Pokémon in their respective keep so make your you get your hands on them first!

There are also multiple rewards coming your way once Part 3 begins. Best of luck trainer!

Add two more legendary Pokémon to your roster by downloading Pokémon Go for free on the iOS App Store and Google Play Store.

Check out list of promo codes for August 2021 to get free stuff in Pokemon Go!
Next Up :
Secret Shuffle, a brand new party game fit for up to 60 different players, set to launch later this week