Loongcheer Game has partially released its latest innovation, Pixelverse - Deck Heroes. It's a free Pixel DBG & CCG with the feature of Roguelike that is out now in Early Access on Android.

Loongcheer Game is a China-based video game developer and publisher. Its latest title, Pixelverse - Deck Heroes has already created excitement among card game players. It is a deck-building card game with 15 careers and 1000 cards. The game's background is about a peaceful village invaded by monsters, and you have to guard it from enemies. During this journey, you will rebuild the village to unlock partners and get back your resources.

Here is how to get your hands on Pixelverse - Deck Heroes

Roguelike deck-building game Pixelverse - Deck Heroes is out now on Android in early access. Android players can download it right away from Google Play. However, for iOS users, it looks like they will have to wait a bit longer. 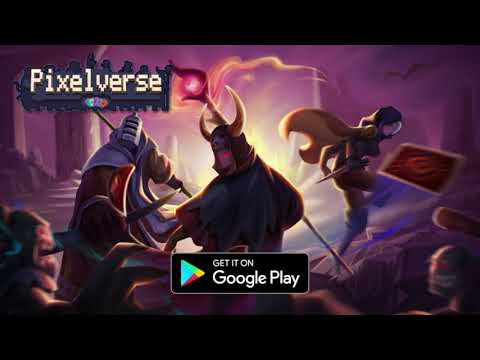 The developer has launched this game in early access for Android to get feedback from gamers before its official launch. Loongcheer has also shared a redeem code for all players who download the game now. Use the code 'Pixelverse' to get exclusive in-game rewards.

Pixelverse - Deck Heroes looks quite promising. The addition of features such as a career system and card system is what makes it interesting. There are over 15 careers in the game, and the hero of each career uses a different card set. This is why there are over 1000 cards which add a lot of fun. It is also noteworthy that all the careers here can be unlocked for free. Also, check out the Top 25 best roguelikes and roguelites for Android phones and tablets.
Next Up :
Ninja Must Die is an upcoming combat-focused action runner with stylish ink-based visuals, now open for pre-registration