Pixel Fantasia is an upcoming 2.5D idle RPG now open for pre-registration on iOS and Android

SUPERBOX Inc.'s 2.5D idle RPG Pixel Fantasia is now open for pre-registration, letting players on iOS and Android get first dibs on the title when it officially launches. The JRPG follows the tale of a girl who accidentally steps into a different universe and has to go on an epic quest to save the world.

In Pixel Fantasia, players can expect retro pixel art graphics as well as 3D backgrounds and 2D animated characters. Characters can unleash powerful Spirit skills to take down foes, and players can level up their heroes with infinite growth via pets, equipment and more. Tons of bountiful rewards are also up for grabs across different challenges in the game.

The game also features multiplayer functionality as players can discuss game strategies through the chat feature. And for those who are a little bit more competitive, they can fight for the ultimate bragging rights and climb to the top of the leaderboards in the global ranking system. Of course, since the game is an idle title, players can also reap rewards even when they're offline. 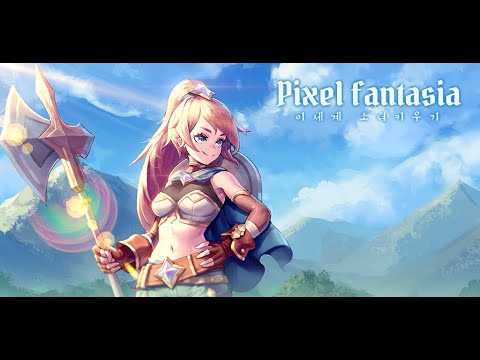 There's no official word on the release date just yet, but if you're eager to give it a go, Pixel Fantasia is now open for pre-registration on the iOS App Store and on the Google Play Store for Android devices. It's a free-to-play game with in-app purchases. You can also have a look at the embedded clip above to know more about the game's visuals, gameplay and mechanics, or check out the official website to stay updated on all the latest developments.

Are you on the lookout for more similar titles that will put your skills to the test on your mobile device? Why not take a gander at our list of the top 15 best idle games on Android phones and tablets?

Next Up :
Ocean - The place in your heart lets you relax with an idle underwater adventure, now open for pre-registration