Save the shopkeeper from UFOs

Last year, we had the Silver Award-winning Kero Blaster for our touchscreens. And following it was a prequel called Pink Hour that starred the pink office lady from Kero Blaster.

Pink Heaven is a follow-up to Pink Hour as you once again play as that pink office lady. It was originally released for PC on September 11th 2015 but will be on iOS soon.

This time you help the office lady to save the young shopkeeper from being taken away by UFOs. But that's the easy part.

If you fulfill certain conditions in the game then you can unlock a Hard Mode. 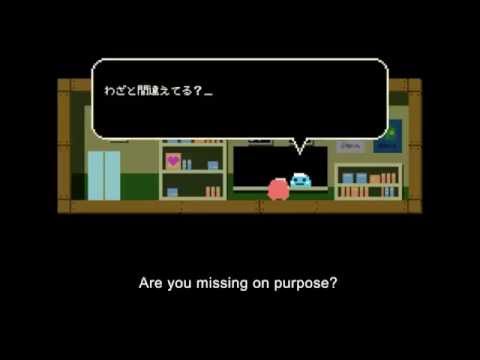 Studio Pixel tweeted last Thursday that Pink Heaven was in review for its launch on iOS. Hopefully that means it'll be out this week, then.

We'll find out if that's the case in a day or two. And don't worry, we'll let you know as soon as we do too.