We saw lots of games at the Very Big Indie Pitch at PG Connects that we predict will gain critical acclaim in the future.

But there's one game we reckon will be a sure-fire commercial hit (before the company is bought out by Zynga and the game is immediately abandoned by all players, though).

PhotoDash! is a speed photography game where two players rush to take snaps of whatever word pops up on the screen. Such as your hand! Something waterproof! A piece of fruit! An even number!

Five of the best

Like all the best social games on iOS, it's asynchronous. You take your five photos, and your friend (found through Facebook or her PhotoDash! username) can take hers in the future.

When both sets are in the can - so to speak - the time taken to find and snap each object is compared.

The winner is the fastest photographer. The developer uses the classic honour system (or gentleman's agreement) here so that you'll actually follow the rules and not photograph your genitals for every answer. 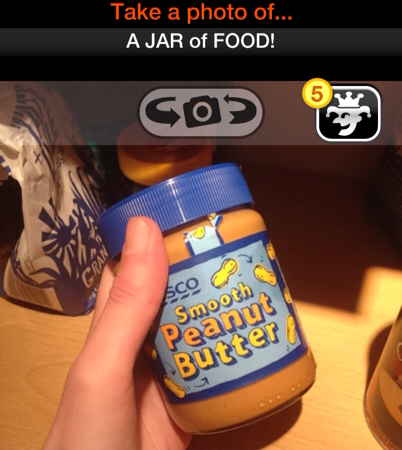 As you'd expect, there are different challenges in PhotoDash!

Challenges in which you have to find something on the internet or TV faster than your opponent are in the works, too.

PhotoDash! is free-to-play, but you can buy power-ups that enable you to immediately win a challenge; rewind time; or add your own object for friends to find and snap.

PhotoDash! is out on iOS in certain territories, including the UK. Expect a global launch soon.