Phobies turns your fears into cute monsters that fight on a hex-based battlefield, out now on Android and iOS

Ready to jump into the mysterious world of the human subconscious? Smoking Gun has just launched its trip into this surreal realm with the release of a strategy game called Phobies. Initially, it was soft-launched in Indonesia and the Philippines, and now Phobies is available worldwide for Android and iOS.

The game takes some common and uncommon (like really weird and irrational) fears and converts them into monsters called Phobies. There are over 120 phobias that have been transformed into these creatures. Players can expect to come across mechanical monkeys, killer clowns, and also Phobies that release toxic gas or those that can dig up graves. These bizarre beasts have their own strengths and weaknesses which need to be skillfully used to achieve victory on the hex-based battlefield. Players can build an arsenal of these Phobies and upgrade them to create the most fearful roster of all. 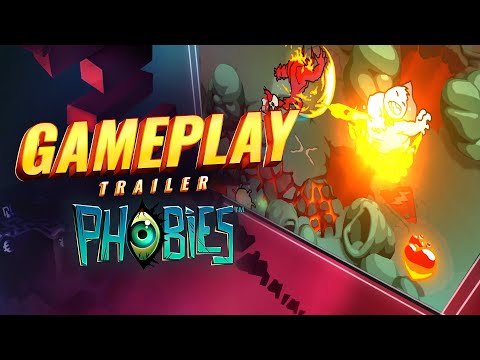 The gameplay is also quite unique as no two matches will be the same. Real-time fights with other users are possible in the Arena Battle Mode, while battles will take place on the Async Battle Mode. For PvE fans, Phobies also features a single-player mode that serves as both a tutorial and a challenge. Players can learn the ropes using this mode and then proceed to challenge themselves as they will be presented with diverse scenarios, each requiring precise execution and strategizing. Battles will take place across varied environments, with the goal remaining the same – taking and holding Panic Points. The winner of the match is the player that successfully manages to defeat the opponent’s Phobies or drains all of their HP.

If you feel like conquering your fears while also fighting against others, download Phobies now on the App Store and Google Play. It is free-to-play and offers in-app purchases.

Looking for some other games that require brains? Then, check out this list of the best strategy games to play on mobile!
Next Up :
T3 Arena, a fast-paced 3v3 multiplayer game, opens pre-registration on mobile

Phobies guide - Tips and tricks to improve your gameplay