Pet Rescue Puzzle Saga is one of the most intelligent games we've played this year. Not in the sense that it's going to test your grey matter, far from it in fact. The intelligence displayed here involves building the perfect compulsion loop - this isn't a game so much as a series of psychological reasons to keep tapping.

And you will keep tapping. Every move the game makes, every new idea it implements, and every new mechanic it adds in is designed to ensure that the level you're currently playing is rarely going to be the last.

It's not the most exciting game in the world, and finishing levels feels more like a matter of course than a skillful progression. But if it gets you, it's going to get you hard.

As you might be able to tell from the name, the game is all about rescuing pets. In time-honoured King tradition, that involves clearing coloured shapes from a variety of gridded levels.

There are different kinds of level, but you're always doing the same thing - tap coloured blocks in groups of two or more to get rid of them. Sometimes you need to match next to blocks of ice, eggs, or plants, in order to move them out of the way so you can achieve your goal.

There are big monsters too, that smash things if you fire rockets at them. We're really just scratching the surface here though - this is a game that throws remixes of its core idea at you on a regular basis. That core idea is set in stone - match to clear - but every other aspect of the experience has a level of malleability to it that keeps things reasonably fresh. 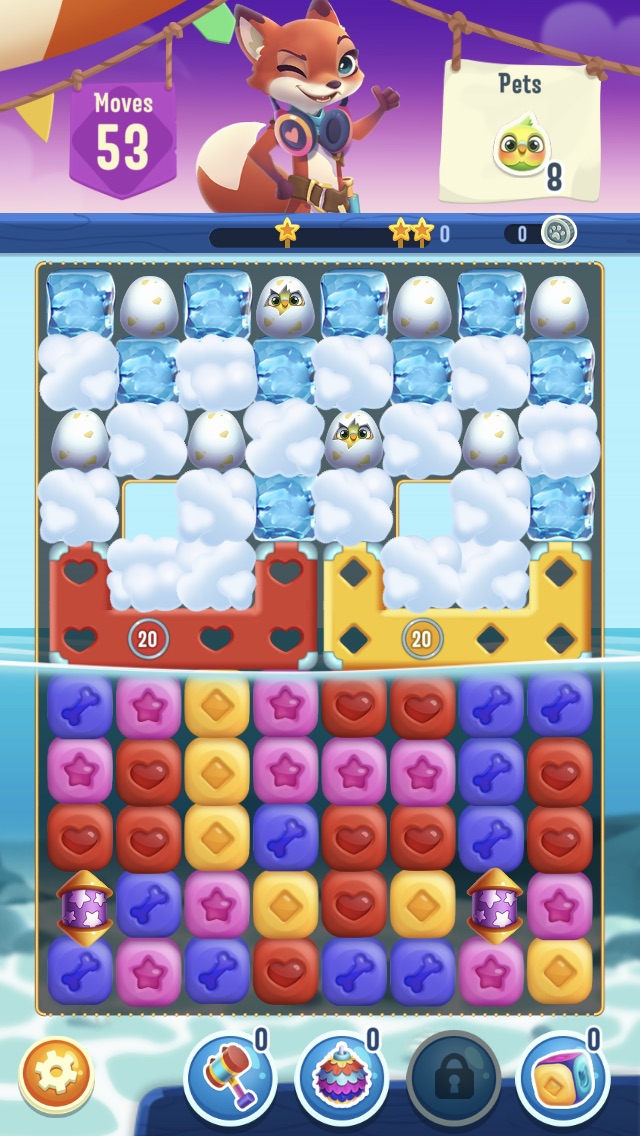 And there are plenty of other aspects. There's a party bonus that pushes you to keep winning at any cost, in order to have a better chance of finishing the next level. The pets you rescue live in a little city, and you can play with them from time to time to get more energy to keep going.

The first couple of levels after you discover a new mechanic are usually simple affairs, giving you time to get used to it before the game decides you're going to get a bit stuck. Super tough levels are always highlighted, but they're sometimes simpler than regular levels in order to make you think you're doing better than you actually are.

King is the expert at this sort of thing, and it's easy to see why. Essentially all of its games are variations on the matching theme, giving it the chance to figure out what makes its players tick, and how to keep them ticking for as long as possible.

That standard King polish is here in spades - you'd be hard pressed to find a better put together game on the App Store. Pet Rescue Puzzle Saga does everything you'd expect it to. It also does a few things that come as a slight shock, until you stop and think about them and realise they're just another way of doing the same thing.

That's what Pet Rescue Puzzle Saga is best at - it pushes you on to see what comes next, safe in the knowledge that what comes next is pretty much the same as everything you've already seen. In an inherently repetitive genre, finding ways to keep people playing is key, and King is, well, the king of it.

Pet Rescue Puzzle Saga doesn't reinvent the wheel, but it does show you it from multiple different angles, and you're always going to be surprised when it changes tack and you realise you've just been looking at the same thing from a strange position. And that's probably going to be enough to make it a smash hit.

This is probably the most King game that King has made in a while - expect it to rocket up the charts whether you want it to or not
Next Up :
UFO99 review - "A fun little arcade game on the go"