Beginners get in here for important information!

Yes my friends, it is a joyous day as there is a brand new King game available for download. Pet Rescue Puzzle Saga is the latest colourful puzzle game, and we've got the important information right here.

As you can infer from the title, you'll be solving puzzles and rescuing cute pets on your mission to save all of the precious animals and break bricks.

We've got the best tips you need right here, so read through them and then get downloading Pet Rescue Puzzle Saga. 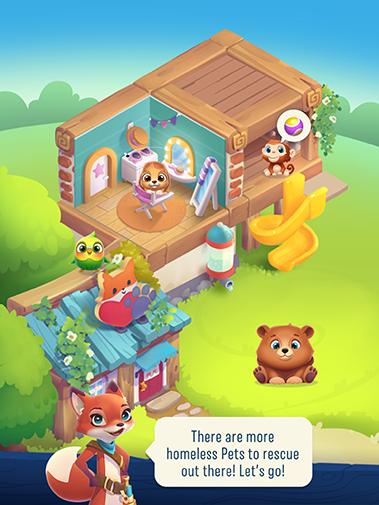 The main mechanic will, of course, be breaking down bricks in order to achieve your goals.

Bricks can break when they are connected. You'll need at least two touching one another in order to be able to tap them into destruction.

Of course having bigger connections is always better. You'll get more points for breaking apart lots of blocks at once, so you should try and create large grids and wipe them all out quickly.

Not only that, but once you connect enough bricks, you'll be able to summon rockets and bombs on to the battlefield. You'll know when there's enough for these as the icons on the bricks will change.

Rockets can shoot either horizontally or vertically, and bombs will explode in a large area around them. You'll know which way rockets will shoot from the arrows on the blocks before you tap them.

Better than that though, you can combine rockets and bombs with each other to create large explosive effects. A rocket bomb will clear three rows, in whichever direction the rocket was already facing. Two bombs will create a larger explosion, while two rockets will both just shoot off in both directions.

Interestingly, when a grid is ready to morph into a bomb or rocket, the bomb or rocket will appear in the location of the brick you tap, allowing you to decide where you spawn them.

One of the main goals in Pet Rescue Puzzle Saga is to save animals, and there are several ways to do so. One of the primary will be dropping them into life rings.

In some stages you'll be guiding animals down into life rings, while in other stages the animals will be at the bottom, underwater, and you'll have to clear the path for them going up.

Of course to do so you'll simply need to clear out brick in the column they are in to lead them either up or down. Pretty simple.

The monkeys on vines work similarly to the dog you drop into life rafts, with one change. They don't drop down a column, instead they follow the path set by a vine.

You'll see the vine on the grid, and you will be able to see what bricks need to be broken in order to clear the path.

Just ensure the animal can move forward one step at a time, don't worry too much about the bricks on the path which are distant from the animal. 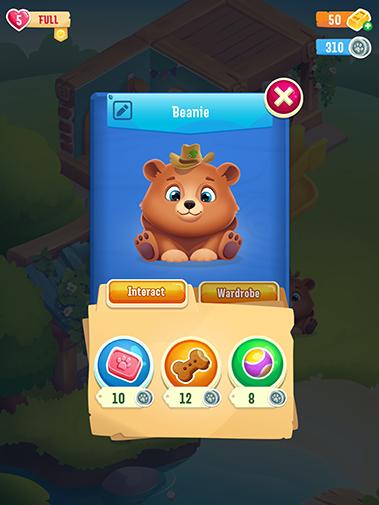 Eventually you'll come across ice, and that will get in the way. You'll need to break through it by breaking the bricks next to it.

Grass bricks are similar, but once they're gone they're gone. Ice bricks however can continually drop into the stage to cause chaos.

Bombs are great for breaking through the ice, though of course getting a good bomb is easier said than done when ice takes up so much of the stage.