The full story behind the recent price drop

Those of you who pay an almost obsessive level of attention to App Store statistics might have noticed that over the past week PopCap’s excellent Peggle has muscled its way into the top ten paid-for games chart.

Sadly, this hasn’t been down to thousands of iPhone users collectively coming to their senses and downloading what is unquestionably one of the finest gaming experiences on the face of God’s green earth. This sudden rush of sales was prompted by PopCap’s decision to drop the price from $5 (or £2.99 for us Brits) to 99c (59 of your English pence, squire).

The promotion ended on the 14th June after four days, but in that short space of time Peggle shifted almost as many copies as it had done during the three weeks since its launch.

Naturally, such shenanigans set internet chins a-wagging, with many people suggesting that this was a deliberate attempt by PopCap to illustrate one of the main problems with the App Store at present: it’s hopelessly skewed in favour of cheap, low-quality games which clog up the top end of the charts and ultimately push better (but more pricey) applications to the back of the queue, where they naturally end up being unfairly ignored.

Not willing to listen to idle conjecture and understandably keen to get the full story straight from the horse’s mouth, we spoke exclusively to Andrew Stein, Director of Mobile Business Development at PopCap Games.

Pocket Gamer: Can you tell us a little about the reasons behind PopCap's decision to temporarily drop the price of Peggle to 99c?

Andrew Stein: The 99c sale was just a PopCap experiment to see what might happen. This is in line with what we do periodically at PopCap.com (where we often have 50 per cent+ off sales) and other channels as make sense for our business.

It's been suggested that the move was a deliberate attempt to 'hack' the App Store and prove that it's often price - rather than quality - that affects the spending habits of iPhone/iPod Touch gamers. Is there any truth in this?

Not at all. Apple are a great partner of ours and we are mutually supportive. PopCap clearly identified that the sale was very temporary in nature and changed the price back on Sunday June 14th as planned at the beginning of the promotion.

We simply offered an absolutely incredible value to customers for a very limited time and they responded to that offer. 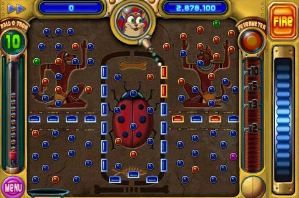 I will say that we hoped for some pickup in Peggle sales but could not have anticipated the response that saw Peggle shoot straight to the top of the charts. But that is so very Peggle - it’s one of those games that continues to surprise even PopCap!

Many other developers have complained that the layout of the App Store results in a lot of worthy games being buried under cheaper, less accomplished titles. Do you think Apple needs to reassess how the store works?

I imagine the App Store will continue to evolve over time but I don’t necessarily believe they need to reassess how the store fundamentally functions based on this complaint.

PopCap values the user ratings and believes they help provide a clear quality signal to customers. We enjoy positive ratings for our games and great customer feedback and we attribute much of our success on the App Store to those reviews.

What are your thoughts on the current rating system employed on the App Store? Do you think that needs to be given more significance given the fact that price seems to be the deciding factor for many users when it comes to making a purchase?

As PopCap enjoy a lot of very positive feedback in terms of customer ratings, I can’t possibly give an unbiased answer - so absolutely, I would love to see even more weighting given to customer ratings!

There’s certainly a lot of lower quality apps in the App Store but we feel that the user ratings help provide a clear quality signal to customers.

So far, Peggle has continued to do very well even after we returned to the standard price. As of this writing, Peggle is still in the Top 3 paid apps in the App store, even at the $4.99 price point. 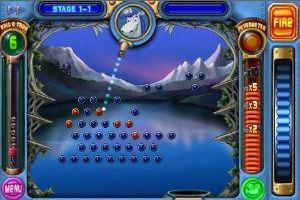 We think the word of mouth and great reviews are helping to keep this game well up in the charts even though it’s not at that 99c price any longer. Even at $5, Peggle is still a tremendous value - heck, it’s cheaper than eating lunch at a fast food restaurant!

True, but at 99c Peggle effortlessly shot to the top of the App Store charts, whereas previously it had been outside the top 50. Do you think that the 'sweet spot' is now 99c, and anything over that figure is seen by users as overpriced?

Obviously customers recognise value and Peggle for 99c is a pretty sweet spot anywhere! Peggle is a difficult game to describe to people - it’s inspired by pachinko, pinball and pool and represents an all-new genre of casual game but that description does not to justice to the joy of Peggle.

People have to experience it for themselves. And at 99c, they have no excuse not to.

Quality titles do continue to sell at higher price points - eventually, customers will realise that purchasing five 99c disposal apps ultimately gives less value than one quality app purchased at $4.99 which is a joy to play and gives many hours of fun.

Let's say for a moment that the proliferation of cheap, low-quality games is driving down the perceived 'impulse purchase' figure for App Store users. Do you think there's an argument for Apple to step in and insist that only developers of a certain standing can charge for their products?

Let’s bear in mind that the iPhone is far from the only device/platform burdened with “shovelware” - other “open” development environs have had this same problem far longer than the iPhone. 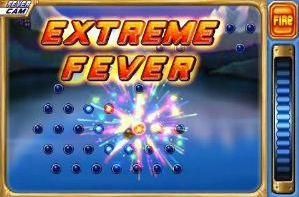 We believe that good games can survive and thrive on their own merits even in challenging environments, and that over time systems that give consumers the ability to vote with both their money and their opinion will work for all concerned: consumers, application developers and publishers, etc.

Additionally, the open nature of the App Store has resulted in an incredible variety of types of products available and enabled some really innovative games and apps to come to market from smaller publishers.

We definitely celebrate that aspect and figure that over time, consumers will be smart enough to recognise and reward quality.

Do you have any other promotions like this in the pipeline?

Now that would be telling…you’ll just have to watch this space!

Our thanks to Andrew for his time.
Next Up :
Out of Hands preview - "A creatively unnerving hands-on experience"

iPhone Peggle slated for early May