All of the info we have about the upcoming aRPG

Back in 2019, Grinding Gear Games announced that they were working on a mobile version of their action RPG, Path of Exile. The PC and console iterations of the game have proven incredibly popular, so fans were naturally excited about the potential of a mobile version that they could enjoy anywhere.

What is Path of Exile Mobile?

Path of Exile Mobile is a portable version of Grinding Gear Games' popular action RPG that draws a lot of inspiration from the Diablo series. That means you can expect to embark on an epic adventure in a dark fantasy world by picking from a variety of different classes. In the existing versions of the game, there are seven classes, which include:

To increase replayability, Path of Exile utilises random generation for its various dungeons and other outside areas. However, the main camps dotted around the world are persistent. Outside of these hub areas, you will be fighting against wave upon wave of enemies to gain experience and earn new loot to make your character more powerful.

Much like the areas themselves, the items you gather are also randomly generated with various gem sockets and special attributes available across numerous rarity levels. Each character also has active skills that can be further enhanced using Support Gems. These provide several helpful bonuses such as increased attack speed, additional projectiles, life leech and so forth.

Beyond that, each class has access to a massive skill tree with over 1000 passive skills to unlock. The various classes start at different parts of this tree, but ultimately each has access to the same skills. They provide buffs to stats such as Mana, Health, damage and your characters defences.

Grinding Gear Games has said that Path of Exile Mobile will provide the complete Path of Exile experience, so it appears that they are looking to bring the full game over to mobile when it launches. Although in an interview with Gamespot in 2019, founder Chris Wilson explained they haven't decided the specifics just yet. 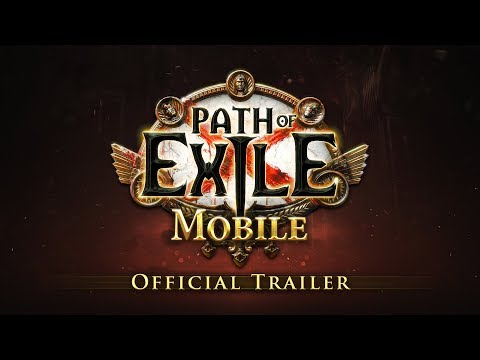 What is the Path of Exile Mobile release date?

At the time of writing, Grinding Gear Games has not announced the Path of Exile Mobile release date. In fact, there is a possibility that the game will never launch for mobile at all. In the aforementioned interview with Gamespot, Wilson told them if Path of Exile Mobile is bad, they won't bother releasing it.

However, in that same interview, Wilson explained that the game does run on mobile, and Grinding Gear Games are deciding how they want to position it before committing to a release date if one ever emerges. It is worth mentioning that the launch could also be affected by the ongoing development of Path of Exile 2.

Will there be cross-play with the PC or console versions of the game?

Grinding Gear Games hasn't announced whether there will be any cross-play between the existing version of the game. However, it seems unlikely since console players cannot play with PC users at the moment. On top of that, as we mentioned above, the development team is also undecided on the form Path of Exile will take, so it could be an entirely different entity altogether, rendering cross-play an impossibility.

Will Path of Exile Mobile be free-to-play?

The in-app purchases you can buy in the PC and console versions of the game unlock increased storage or cosmetics such as weapon and gear skins. We will be sure to update this article with any new information regarding the Path of Exile Mobile release date or whether the game will be its own entity or a straight port.