If you've played any of the games from Michal Pawlowski (Hamster on Coke) then you know that the developer likes to subvert the usual puzzle expectations, and also they like to do it in a brightly-coloured, minimalist fashion. And, if you've played and enjoyed one of those then OXXO is perfect for you.

For those who haven't played any of those - Zenge, Scalak or one of the many others - then OXXO is as good a point as to get on board as any. In layman terms it is an evolution of the sliding puzzle game; The kind where you slot objects around each other to get a block to an exit grid. However, OXXO instead works on pairing up blocks through manipulation, rotation and interlinking. It also works on pairings rather than a simple exit tile. 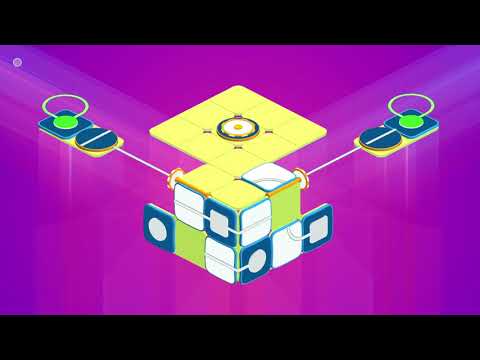 So, here we go. OXXO is delightfully simple at its core, and - I erroneously mistated about this - it has no fail states despite appearances. Gameplay is as simple as sliding blocks using your finger, initially this is just across one flat surface, however later on you enter an additional dimension to complicate things. You'll need to use static objects (while minding the walls) to rotate your objects, and later other elements come in to play like teleporting spaces, wires, and coloured and shape connectors.

The thing I like most about the Hamster on Coke games is the fantastic art design. Hot neon, faded colours and simplistic art designs ensure that you're always focused on the trouble at hand. Almost everything juggles with symmetry too, which gives a subconscious satisfaction. That said, the hyper-'pure' design does mean that desperation and frustration set in quickly when you've slipped beyond the solution. 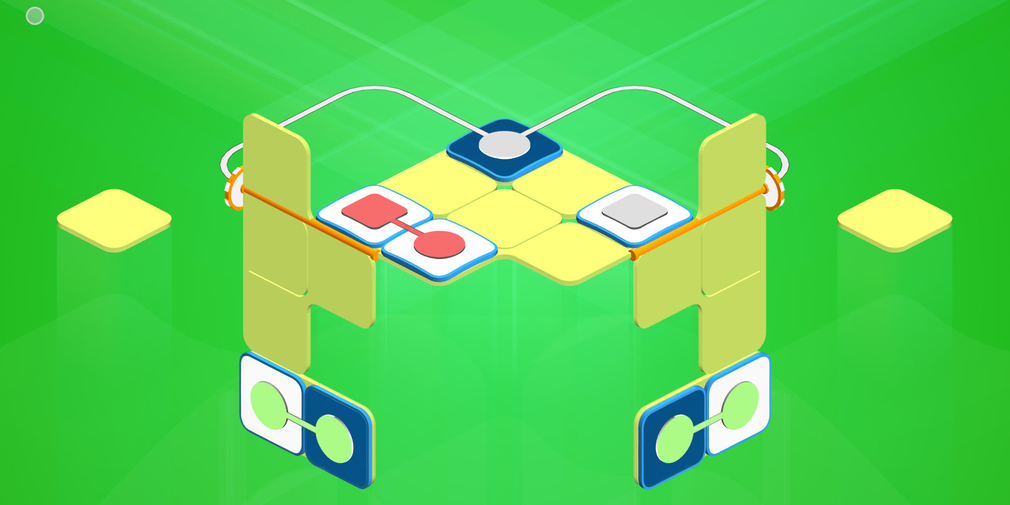 It all feels like you're taking part in the building of an optical illusion, and if you stare at it for too long the backgrounds start to make levels give the same effect as the Penrose stairs. Pair that with the fantastic, lo-fi ambient music mix and OXXO becomes an almost-zen experience.

So, what's the big issue then? By the time OXXO really starts to heat up (and even though it's over 100 levels long, that's quite quick) it suddenly grinds to a halt. While the game's puzzles are extremely intuitive and easy to understand, there's also no hint system nor a tutorial of any kind. The biggest counterpoint to the need for a tutorial is normally that it delays progress into the game, and that OXXO teaches the new mechanics in a quick, smart manner. However, when a player gets stuck, or doesn't progress for a few moments, a simple finger-sliding animation would be more than enough to re-tutorialise or re-engage players. This kind of animation isn't too invasive and wouldn't interrupt the developer's noble ambition of releasing games which have no language requirement.

That said, there is more than enough content for £1.99, and it's impossible to deny its style.

OXXO is yet another fantastic puzzle game from Hamster on Coke. While the game flies by fast it oozes style from start to finish.
Next Up :
UFO99 review - "A fun little arcade game on the go"