To be honest, the mention of the three awesome games in the strapline (EVE Online, Elite and Sins of a Solar Empire) is enough to introduce, explain and sell this new MMO coming to the iPhone and desktop PC. But we're here now, so we might as well take a closer look.

Outer Empires blends together elements from the space-based adventure and trading games in a cross platform online title built in a massive persistent galaxy.

You'll be able to find your space legs through a variety of missions - including freight carrying, transport, fighting, exploration and bounty hunting - and setting up colonies on far distant worlds.

A prolific trading system is being implemented with a working in-game currency, allowing you to trade, establish guilds, and to buy, build and modify your ships.

The iPhone version of Outer Empires will have its own application, while the desktop version will run within your internet browser. And the best part is the it'll be cross platform, so iPhone players and PC players will be able to interact within the same galaxy (or you'll be able to play on the bus, then continue on the computer when you get to work, see).

Outer Empires is nearing its first round of Alpha testing, so there's a ways to go yet. We're chatting with the developer Iron Will Studios right now, and will bring you more information on this epic iPhone quest very shortly.

In the meantime, check out the screenshots and the test video of the in-browser version, and then head on over to the official site to keep up with Outer Empires' progress. 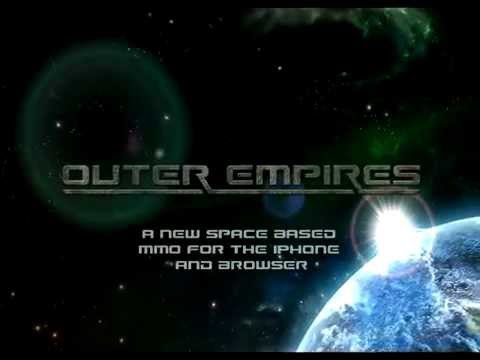