Shikigami SP Nightveil Higanbana has also been added to the game

NetEase Games has announced the details for the third-anniversary celebration of the English server for their popular RPG Onmyoji, which gets underway today and will run until 21st February. It will introduce a bunch of new content that follows the Grandiose Feast theme.

First up, shikigami SP Nightveil Higanbana has arrived in the game. She is a spirit who lives in the Sanzu River, disguised as a ferryman. In-game she possesses three basic skills. The first is Fallen Flower, which casts a red spider lily at the target, dealing damage equal to 100% of her attack. 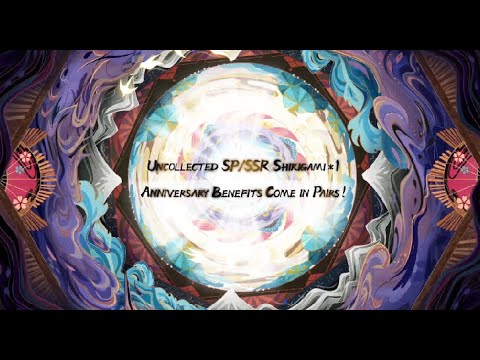 Her second ability is Withering Blooms. This sacrifices 40% of her HP to send six Nether Seeds at her enemies. After this, she becomes Dormant and gains Nether Flowers at the start of each turn that she is in this state before returning to normal after reaching maximum stacks. Her third skill is Doom to Underworld, which sees her servant Odokuro attack all enemies with his blade.

Beyond that, there are a variety of anniversary benefits and free SSR/SP shikigami on offer. The first is the uncollected SP/SSR Shikigami Summon Event. During the anniversary celebration period, players can summon via Mystery Amulet, Jade or AR Amulet to enjoy bonuses such as Uncollected SP/SSR, Blessed Amulet and SP/SSR Chance Up by 2.5 Times.

In addition to that, players can get an SP/SSR Shikigami Guaranteed after their 120th Summon via Mystery Amulet, Jade, or AR Amulet. Meanwhile, they can also net 10 Mystery Amulet from the Paper Doll. The Paper Doll will also be involved in a cumulative milestone event that sees players throwing beans at it. Hitting a specified number will earn them a random SSR/SP Shikigami.

There will also be various discounts available in the Skin Shop as well as Rookie Perk changes and a card pool upgrade. You can check out all the details for the Anniversary Event over on the game's official website.

Onmyoji is available now over on the App Store and Google Play. It's a free-to-play game with in-app purchases.

Looking for more excellent RPGs to play on your phone? Here are 25 of the best available for iPhone and iPad
Next Up :
Honkai Impact 3rd is launching version 6.2 The Chrono and the Hare soon

Onmyoji: What to expect from the 4th-anniversary update