One Punch Man - The Strongest is now open for pre-registration, letting fans get first dibs on the officially licensed RPG

MOONTON Games has announced the upcoming launch of One Punch Man - The Strongest, the studio's turn-based strategy RPG on iOS and Android. Players can get first dibs on the official game by signing up for the pre-registration event in the US and EU regions ahead of the official launch on September 22nd. 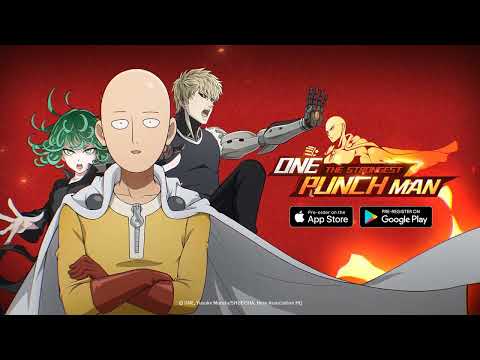 In One Punch Man - The Strongest, players can experience what it's like to knock out any foe who dares to stand in their way using only a single punch. The game features turn-based combat to spice things up for fans of the best-selling Japanese anime series. Currently, with more than a million sign-ups, the game is also giving away unlockable in-game rewards as well as a chance to nab a free PS5 or Nintendo Switch.

In case you're unfamiliar with the IP, One Punch Man takes players on a journey through the story of Saitama - a hero who can defeat foes with a single punch. The game is a faithful mobile adaptation of the hit franchise since it was supervised by the production committee.

Players can recruit fan-fave heroes from the franchise such as Genos, Terrible Tornado, Speed-o'-Sound Sonic and more, with the original voice cast reprising their roles from the anime. Players will create the best team formations and challenge various game modes to put their skills to the test.

Ready to dive in? You can pre-register for One Punch Man - The Strongest on the iOS App Store and on the Google Play Store for Android devices today.

What's A Preferred Partner Feature?
From time to time Steel Media offers companies and organisations the opportunity to partner with us on specially commissioned articles on subjects we think are of interest to our readers. For more information about how we work with commercial partners, please read our Sponsorship Editorial Independence Policy.
If you're interested in becoming a Preferred Partner please click here.
Next Up :
Tower of Fantasy's version 1.5 update is now live featuring the Artificial Island and new character Claudia

unVEIL The World, a new project from SHUEISHA Games and NetEase, shows off dazzling trailer at Tokyo Gameshow 2022