Olympic Games Jam Beijing 2022, the official play-to-earn game for the Olympic Winter Games, is out now

The Official Olympic Committee has announced the launch of the new mobile game Olympic Games Jam Beijing 2022, letting players experience the action from the palm of their hand. The play-to-earn game is filled with multiplayer mayhem where players can compete to score Olympic NFT digital pins.

In Olympic Games Jam Beijing 2022, players can expect to engage in various Olympic events arcade-style, with up to 15 players duking it out in a series of mini-games. In-game avatars are fully customisable with tons of costume options. Plus, NFTs can be earned based on players' performances. These, in turn, can be exchanged on the nWayPlay Marketplace for cash rewards.

“Official video games have become a much-loved part of each edition of the Olympic Games, and we are sure fans will enjoy playing this new mobile offering for Beijing 2022,” says Timo Lumme, Managing Director of IOC Television and Marketing Services. “Through these fun and exciting games, we hope to appeal to new generations while also further engaging existing fans with the Olympic Games.” 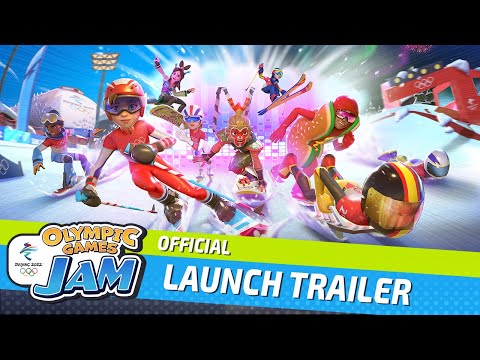 If you're eager to know more details about the game, you can catch the livestream on Twitch with Olympic gymnastics medallist Nile Wilson (Great Britain) on February 16th. You can also check out Olympic Games Jam Beijing 2022 on the Google Play Store for Android devices for now (coming soon to iOS).

Visit the official website for more info, have a look at the embedded trailer above to get a feel of the game, or join the community of followers over on the official Twitter page to stay updated on all the latest developments as well.

Are you on the lookout for similar titles that will put your skills to the test on your mobile device? Why not take a gander at our list of the top 25 best sports games for Android phones and tablets?

Next Up :
EDENS ZERO Pocket Galaxy opens pre-registration with milestone rewards up for grabs