Curve Studios has announced that it's bringing Roll7's Bronze Award-winning OlliOlli to 3DS in mid-March. The exact date has yet to be pinned down.

It'll have all the features included in the PlayStation and PC versions of the game that were released last year. That includes the Daily Grind and perplexing RAD Mode, as Curve notes.

If you're not familiar, OlliOlli is a twitchy 2D skateboarding game enlivened with the spirit of the Tony Hawk's games of the genre's past. 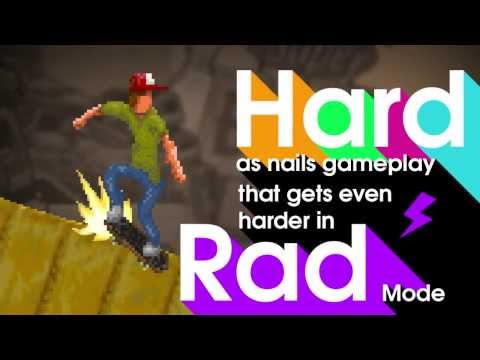 It has 50 levels for you to kickflip, grind, and ollie across in order to get a high score. There are other challenges in each level to pursue as well.

In our review of the Vita version, we said: "You'll be talking about the online leaderboards in OlliOlli for weeks, and probably grumbling quietly about the imprecise controls while you do it."