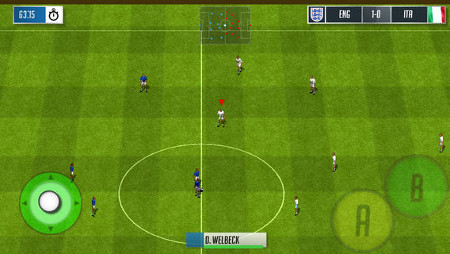 The Official England Football game is available right now on the App Store and the Windows Phone Store.

It's all about doing hard kicks, not being entirely sure where to play Wayne Rooney, and refusing to admit that Raheem Sterling shot didn't go in.

It's actually a 3D kick about that looks a bit like a FIFA game. The commentary is provided by John Motson, which is quite nice.

You can recreate scenarios from previous World Cups, play through multi-team leagues, and have a bash at a 32 team World Cup to see if you and England have what it takes to scrape a draw with Costa Rica.