A tease shared on Cornfox & Bros' official Twitter account earlier today appears to suggest that a Switch version of Oceanhorn 2 is on the way. I say "appears to suggest" because what I'm saying here is purely speculation based on the limited info supplied in the developer's post. Nothing has been confirmed as of yet.

It's been a long time since Hero took a holiday, and on August 11th, we're sending him off to Kyoto to relax and meet some friends. Rumor has it that they're planning a surprise – Let's wait and see! #Oceanhorn2 pic.twitter.com/leAFsbWWAl — Cornfox & Bros. (@cornfox) June 23, 2020

The massively popular adventure game launched last September as an Apple Arcade release and quickly became something of a poster child for the service. Boasting a lengthy, Zelda-inspired campaign and a visually impressive world, it's no surprise that many Android and Switch owners have been incredibly keen to see it hit their platform of choice.

So, let's have a chat about today's tease. All we have to go on is a date – 11.08.2020 – and a couple of named locations: Helsinki and Kyoto. Developer Cornfox & Bros is based in Helsinki, so we've got that part sussed, but why is the game's protagonist making his way to Kyoto? Well, my guess would be that this is a reference to the fact that Nintendo's headquarters are in Kyoto, meaning that this tease is likely tied to an incoming Switch version. 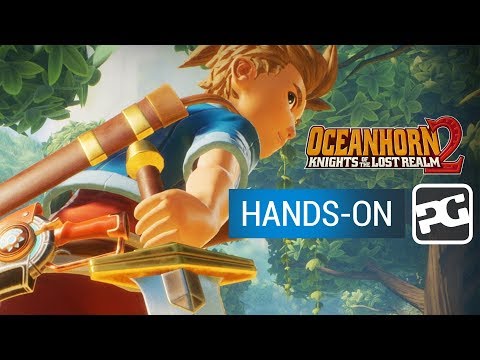 Oceanhorn 2: Golden Edition launched last month and proved to be a sizeable improvement over the vanilla game. A second major expansion is currently expected to arrive this autumn/fall, which is what leads me to believe that today's tease isn't anything to do with the expansion. Only time will tell, I suppose.

In the meantime, those with an iOS device and an active Apple Arcade subscription will find Oceanhorn 2 available for download now from over on the App Store.

Searching for some high-quality RPGs? Here are 25 of the very best for iPhone & iPad
Next Up :
Heroes Arise is a new 5v5 MOBA that's now open for testing on Android

Best games to play with Razer Kishi on Apple Arcade