Following its release on iOS earlier this year, publisher Playdigious has announced that their Viking strategy game will be heading for Android devices on August 24th. The game has proven popular since its original launch on PC, having sold over 2 million units since. On top of that, we also revealed that multiplayer will be added to both iOS and Android at the end of September.

On launch, the Snake, Dragon and Kraken DLCs will be available to purchase individually for $2.99 each or $6.99 if bought as part of the Scale Bundle. These expansions introduce new Clans to the game to command as you look to conquer the titular Northgard. 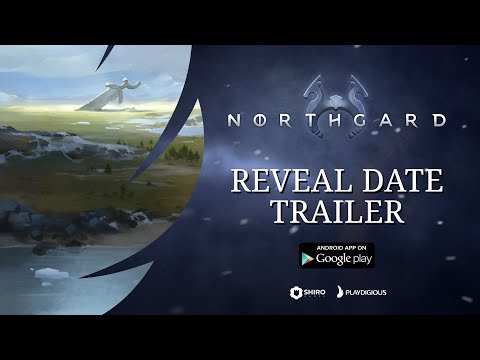 In addition to that, August 24th will also see the arrival of the Horse, Ox and Lynx DLCs, introducing a further three clans to the strategy. Once again, they can be bought individually for $2.99 or as part of the Fur Bundle for $6.99. These pieces of DLC will be available for both iOS and Android. However, Playdigious has also announced that Horse clan will be available for free on both platforms for a week, following the Android release of the game.

If you're unfamiliar with Northgard, it's a strategy game that draws influence from Norse mythology. Vikings have discovered new, unexplored lands that promise riches, mystery and danger. It will be up to you to guide your Clan through harsh winters and protect them from Wolves and Undead Warriors.

It's not just defending from enemies, though. It's also vital to assign your Viking populace different jobs such as farmer, sailor or loremaster to ensure the survival of your Clan. Our reviewer Sergio Velasquez reviewed the iOS version of Northgard and enjoyed his time with it.

Northgard is available to pre-order now over on Google Play ahead of its release on August 24th. It will be a premium title that costs $8.99, though pre-registering for the game will net you 30% off. Meanwhile, you can also grab Northgard from the App Store for $8.99.

Looking for more strategy games to enjoy on your phone? Here are 25 of the best available for Android phones and tablets
Next Up :
Elemental Titans' latest update introduces the new Animon system