Shiro Games has plenty of reasons to celebrate as Northgard hits the 3-million-player mark in time for the studio's 10-year anniversary. The Viking-themed strategy game was first released in 2018, and has been steadily providing quality content to players ever since. The latest update brought the Clan of the Eagle into the fray, along with new multiplayer options and the ability to pick various difficulty levels in the game.

Apart from Northgard's epic milestone, Shiro Games is also boosting its festivities with its 10-year anniversary, offering players plenty of reasons to dive into games such as Evoland, Dune: Spice Wars and Wartales. 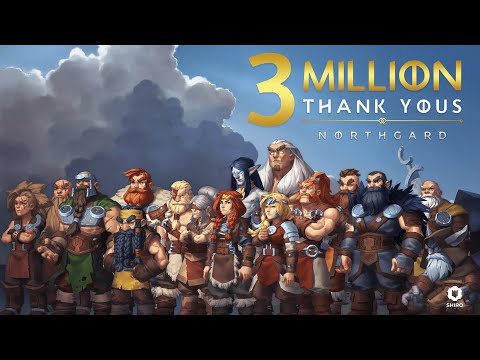 “We founded Shiro Games with the goal of creating the video games we would like to play, and we have followed that path since the beginning. During a decade, we have created our own franchises from the ground up including Evoland, Northgard and Wartales, and worked with renowned partners in the industry on projects such as Dune: Spice Wars,” says Nicolas Cannasse, CEO of Shiro Games. "We’re already working on two new games, our talented teams are growing, and we are ready to keep this creative mission alive in the years to come”.

If you're keen on joining in on the celebrations, you can download Northgard on the iOS App Store and on the Google Play Store for Android devices. You can also visit the official website for more info, or join the community of followers on Twitter to stay updated on all the latest developments. You can check out the embedded clip above for a special thank-you message as well!

Are you on the hunt for more similar titles that will put your skills to the test on your mobile device? Why not take a gander at our list of the best strategy games on Android?