Square Enix has finally provided some details about when we can expect NieR Reincarnation to release for iOS and Android here in the West. The hotly anticipated spin-off mobile game launched in Japan earlier this year, and now the English version is available to pre-order, with an expected release date of November 6th.

The game is set in a place called The Cage and follows The Girl of Light as she begins to explore this mysterious world that is filled with buildings so tall they touch the sky. On her journey, she is accompanied by a creature called Mama, who looks like a stereotypical ghost and acts as her guide throughout NieR Reincarnation.

Preregistration is now open! You can now preregister for NieR Re[in]carnation via the App Store or Google Play.
The official site is also online—check it out for a sneak peek at what's to come!https://t.co/DobKe15A6B#NieR #NieRReincarnation #NieRReinEN pic.twitter.com/W4sJJiB38c — NieR Re?in?carnation EN (@NieRReinEN) May 12, 2021

The pair are not alone in The Cage, however. They will also have to contend with The Dark Monster, a strange individual that looks like a cross between an overgrown insect and a knight. It doesn't speak but clearly possesses enough intelligence to have a goal it is looking to complete. 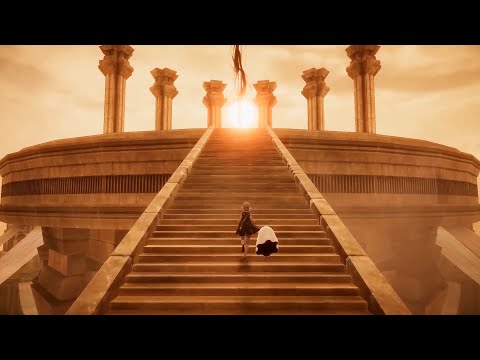 You will also meet other characters during the game who will assist you in battle. Here you will give commands to your various party members as you look to vanquish your foes. However, the game will also feature an auto mode for those who'd rather experience the world and take in the story rather than becoming bogged down in battle mechanics.

NieR Reincarnation is available to pre-order now over on the App Store and Google Play, ahead of its potential release on November 6th. It will be a free-to-play game with in-app purchases.

Looking for more excellent RPGs to play on your phone? Here are 25 of the best available for iPhone and iPad
Next Up :
Honkai Impact 3rd is launching version 6.2 The Chrono and the Hare soon

NieR: Reincarnation will finally get released in Southeast Asia