NieR is coming to mobiles, bringing 2B along for the ride!

After several highly successful releases, Square Enix and Applibot, Inc. are bringing their anticipated game, NieR: Re[in]carnation to Android and iOS devices. The English version of the game is set to launch on July 28th while the Japanese version has been out for quite some time now.

The English version of NieR: Re[in]carnation is set to launch with a bang by having a crossover with NieR: Automata right off the bat. Square Enix seems to be following the path the Japanese version of the game took, which also released with a NieR: Automata crossover. Since then, the Japanese version has had multiple events including one with NieR: Replicant. So, we might be seeing a similar chronology of events. 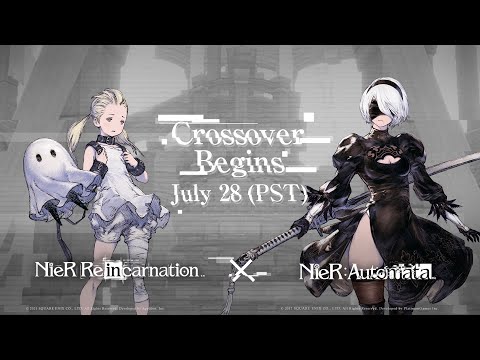 Square Enix released a promotional video showcasing the playable characters from Automata in Re[in]carnation. Players will be able to summon iconic characters like 2B, 9S and A2 during the crossover event. While waiting for the game to launch, you can take part in NieR: Re[in]carnation’s promotional events on social media. Check out their Twitter and Facebook pages for all the details.

You can still pre-register the game on their official site. Square Enix had promised pre-order rewards for crossing milestones. The game has already crossed 500,000 pre-orders and players will be rewarded with 4,500 gems and material packs when the game launches. 4,500 gems will give you 15 free summons which you can make the most use of while playing during the crossover event.

NieR: Re[in]carnation features a world-class team including Yoko Taro as the creative director, Keiichi Okabe as the composer and producer Yosuke Saito. It is the first mobile game in the NieR series and will serve as a direct sequel to NieR: Automata.

You can pre-order NieR: Re[in]carnation now over on the App Store and Google Play ahead of its July 28th release. It will be a free-to-play game with in-app purchases.

Enjoy playing RPGs? Check out our top 25 RPGs to play on mobiles
Next Up :
XCOM 2 Collection lets you rid the world of aliens, and it’s out now on Android

NieR: Reincarnation will finally get released in Southeast Asia