A Ni no Kuni anime movie is headed straight to Netflix on January 16th. It was directed by Studio Ghibli animator Yoshiyuki Momose, and the plot synopsis is as follows:

"Two average teens go on a magical quest to save the life of their friend and her counterpart from another world. But love complicates their journey."

The early reviews I've seen have not been particularly kind. Otaquest praises the visuals and score but doesn't seem impressed overall, arguing that it lacked a clear identity of its own and felt like it was just going through the motions. The Japan Times was similarly unimpressed, saying "it's hard not to see 'Ni no Kuni' as anything but an attempt to capitalize on Studio Ghibli's current absence from the movie market."

In terms of the games, I admire them from a visual and storytelling standpoint more than anything else. For me, the original's turn-based combat and the sequel's hack-and-slash action both left a lot to be desired, as did their iffy exploration. There's a chance, then, that the movie might end up giving me what I enjoy most about the games in a more condensed package. 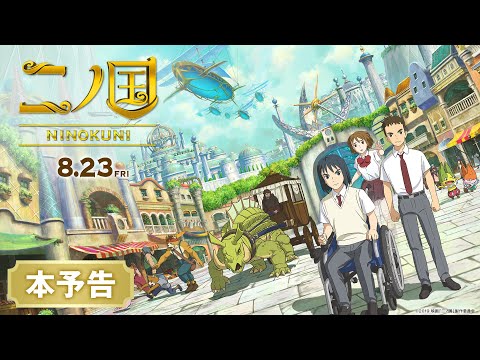 We're still patiently waiting for the release of Ni no Kuni: Cross Worlds, the mobile MMORPG that's set to launch first in Japan later this year. It sounds somewhat similar to Ni no Kuni II in its hack-and-slash combat and focus on kingdom building. Could be cool – we'll have to wait and see.

Top 25 best RPGs for Android
Next Up :
Lost Light finally gets an official launch date alongside some pre-launch events with tons of rewards

Rumour: Namco Bandai not opposed to releasing Ni no Kuni for the 3DS