Yakuza 6: The Song of Life comes to mobile on Xbox Game Pass

Xbox has added Yakuza 6: The Song of Life to its Game Pass service, including being able to stream it directly to your mobile device using the subscription’s cloud streaming capabilities.

Yakuza 6: The Song of Life, which was originally released for PS4 in 2016, stars series protagonist Kiryu Kazuma as he is once again forced to abandon his peaceful life to return to the yakuza underworld to protect his loved ones. The game also features the return of other popular characters from the series like Daigo Dojima, Taiga Saejima, and everyone’s favourite Mad Dog of Shimano, Goro Majima. 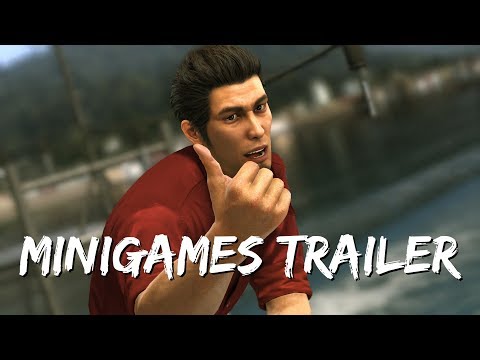 With the addition of Yakuza 6: The Song of Life on Xbox Game Pass, this now marks the seventh game you can play on your phone using the service, after the first six games were added previously. Altogether, that’s hundreds of hours to experience the entire story of the series so far. I’m only up to Yakuza Kiwami 2 myself, so I still have a lot of catching up to do.

There aren’t that many Yakuza games left to add to the service now. It’s possible we may see Yakuza: Like A Dragon pop up at some point after its release on PC and consoles last November. As reported by JPGames, series producer Daisuke Sato also wants to see the Japan-only games Kenzan and Ishin receive Western localisations, so that can’t be ruled out either.

You can read more about Xbox Game Pass and its mobile cloud-streaming capabilities from the official website here.

Have you been playing Game Pass games on your phone but don't have the right controller? Check out our guide to the best controllers to use with Xbox Game Pass.
Next Up :
Cyber Hero Mission Runner is a new roguelike out now on Google Play