Here's how to play Yakuza on your phone

If you've always wanted to take the Yakuza series on the go with you, you now can. Thanks to the cloud streaming possibilities achieved with Xbox Game Pass for mobile, the first six Yakuza games are now available to play on your phone by streaming it from Microsoft’s servers.

Today saw the release of the Yakuza Remastered Collection on PC and Xbox, where it also came to the Game Pass subscription service. This bundle includes Yakuza 3 Remastered, Yakuza 4 Remastered and Yakuza 5 Remastered. Additionally, Yakuza 0, Yakuza Kiwami and Yakuza Kiwami 2 have also been available to play on the service for a while now.

The Yakuza series follows the story of Kiryu Kazuma, a former member of the Tojo Clan yakuza organisation who keeps getting pulled back into the criminal lifestyle that he desperately wants to leave behind. The series also features many strong supporting characters, including fan favourite and Kiryu’s persistent frenemy Goro Majima, a fierce gangster whose wild card personality earns him the nickname “The Mad Dog of Shimano”.

Xbox Game Pass is the premium subscription service that synergises across PC, console and mobile with hundreds of games available to play, including all first-party Xbox games such as Halo or Forza being made available to play on launch day. 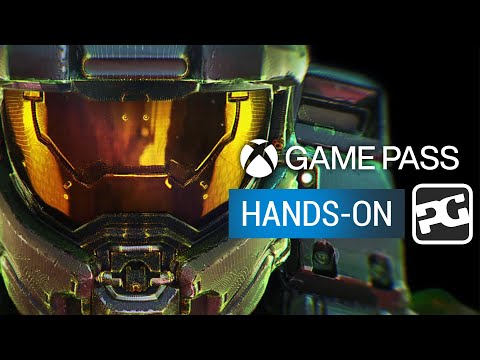 To access the games on mobile, you need to be subscribed to the Xbox Game Pass Ultimate subscription, which allows you to stream games to mobile as well as including Game Pass for PC and Game Pass for Console. So if you also play games on your computer or Xbox console it’s worth your money. Ultimate costs £10.99 a month.

Read our handy guide of the best controllers you can use with Xbox Game Pass on your smartphone here.
Next Up :
Happy Game will soon give mobile gamers psychedelic nightmares on February 2nd