Hola, and welcome to the latest edition of the Pocket Picks roundup.

This week we try and cross almost all platform divides - Android, Windows Phone 7, Symbian, and bada - in our pursuit to bring you the very best news from the world of handsets and apps.

While not all of it is positive news (sorry 99 per cent of Windows Phone 7 owners), there’s still a good deal to be excited about.

The Amazon Appstore may have been hogging the limelight recently in the Android world, but Google hasn’t been resting on its laurels with its own distribution service.

This week the company added support for in-app purchasing to its list of Android Market features, which should pave the way for a variety of apps and games to be created for platform

Mainly freemium apps, admittedly, but it’s still another string to the Market’s bow to go alongside its far broader reach over Amazon’s alternative.

Here’s something that shouldn’t surprise an Android readers among you - it appears the first major update for Windows Phone 7 is being delayed thanks to network carriers dragging their feet.

Microsoft has launched a special page on its website detailing the current situation with each network across the world, and it makes for some unpleasant viewing, especially if you’re with Orange, like me.

If you have an unlocked phone, however, you should be receiving the update soon (if you haven’t already) you lucky people, you.

Symbian will continue to receive updates into 2012

A little bit of good news emerged this week for embattled Symbian fans, as Purnima Kochikar, vice president of Forum Nokia, outlined in more detail what the next year will mean for the open-source mobile platform.

The ‘transition period’, as the suits are calling it, actually sounds more like a normal year for Symbian, with performance and UI updates promised alongside handsets with ‘GHz+’ CPUs.

The firm also revealed that it would continue to support Symbian beyond the first Windows Phone 7 Nokias for a while at least, due to the amount of market penetration the platform has in the emerging markets. 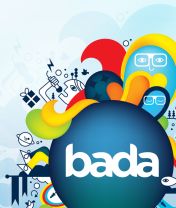 It’s not the first name that rolls off the tongue when talking about smartphone apps, but Samsung’s own distribution service, Samsung Apps, has been quietly racking up the downloads over the past year - enough to make it one of the fastest to reach the 100 million downloads milestone.

To celebrate, Samsung is holding a prize draw for customers that download an app between now and the end of April. Prizes include the Galaxy Tab and Galaxy player. 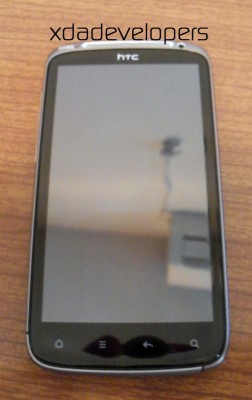 Ah, HTC leaks - almost as reliably consistant as iPhone release dates (at least up to now).

This time it's xda developers that have images of the latest in the Taiwanese company’s long-line of information leaks.

The HTC Pyramid is likely to be the firm’s first dual-core phone on the market, and appears to be packing an 8MP camera, that familiar smooth curved HTC design on the back, and a 4.3-inch screen for big fingers.

Interestingly, the dual-core itself is clocked at 1.2GHz, rather than the current standard for upcoming phones, 1GHz.

It’s not yet known what the make and model of the CPU/GPU is, but we’d be very surprised if Qualcomm weren’t involved given the two companies' co-operation in the past.