Thanks heavens for that

HTC has today added a smaller version of its Gold Award-winning flagship HTC One to its smartphone product range.

Yep, the Taiwanese handset maker has only gone and launched the widely rumoured (and rather predictably named) HTC One Mini.

Available from August in the UK and September elsewhere, the HTC One Mini sports a 4.3-inch 720x1080p display, a 1.4GHz dual-core Snapdragon 400 CPU, 1GB of RAM, and the same 4-megapixel "Ultrapixel" camera as its big brother.

The HTC One Mini will be powered by Android 4.2.2 and HTC Sense 5.0 out of the box. It'll be available in silver or black, and will retain the design cues of its bigger sibling, such as the antenna integrated in the metal rear. 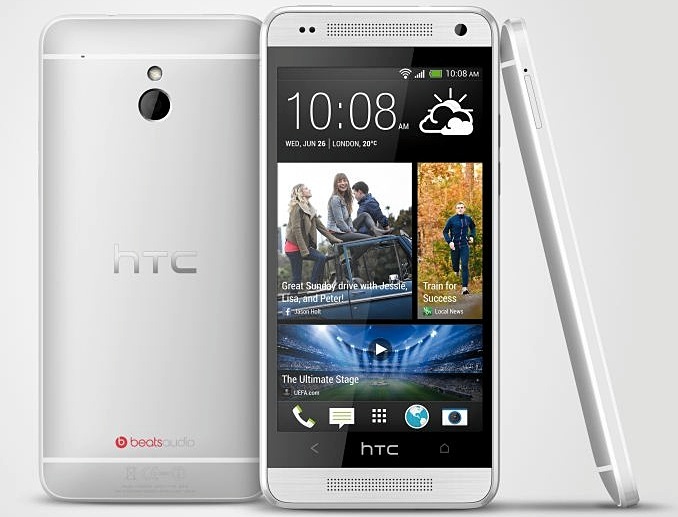 The HTC One Mini will boast some of the other features that made the HTC One stand out, like the dual front speakers, the BlinkFeed news aggregation service, and HTC Zoe.

The infrared remote control function and NFC are sadly absent from the HTC One Mini, though, while the phone comes with just 16GB of non-expandable storage. It's not yet clear how much of that internal storage space will be available to the user.

Saying that, the HTC One Mini will go on sale at a mid-range price, which means anyone on a budget can now get something that looks almost every bit as awesome as the HTC One.