Amnesic Spirits is an upcoming 2D RPG from Yellowlightgames, offering a soulslike experience for players on Android devices this October 24th. The side-scrolling title takes players on an epic quest with Carna, who embarks on a grand adventure to search for truth in the spirit world.

In Amnesic Spirits, players will journey into a perilous world filled with twists, turns, and dangers lurking in every corner. Magical encounters await brave adventurers with each playthrough, which includes fantastic beings and mysteries just waiting to be uncovered. Players will also be able to collect a wide variety of weapons and armor to help them on their journey.

Along with this arsenal of equipment, players can upgrade their gear, improve their skills and spells, and prep themselves to go head-to-head with the malevolent creatures that get in their way. 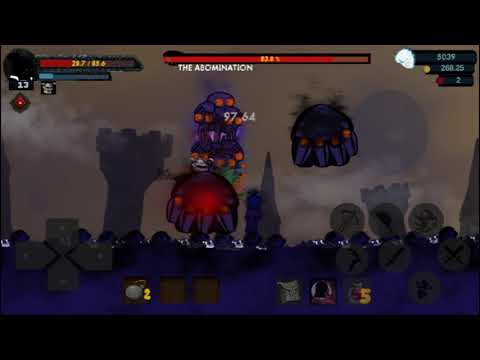 From the trailer embedded above, it seems like you'll not only have to face fatal foes but also platforming faves like spinning blades and deadly spikes. Enemies can be pretty massive too, so it does feel like a very challenging game for fans of the soulslike genre. It's also got a dark, mysterious, horror game vibe all throughout.

If you're eager to give the game a go and put your platforming skills to the test, you can download Amnesic Spirits on the Google Play Store for Android devices when it officially launches on October 24th. For those who just can't wait until then, you can also pre-register for the game to have it land on your mobile device the instant it's released. You can also join the community of followers on Facebook for more info.

Are you on the hunt for more platformers that will challenge your leaping skills and evasive maneuvers? Why not have a look at our list of the top 25 best platformers for Android phones and tablets?

Buddy Bow reveals what people think about you as prompted by a set of questions in a party game, out now on mobile

The Eminence in Shadow: Master of Garden is out now on iOS and Android, with special launch rewards and login bonuses to boot