NetEase has officially launched its much-anticipated mobile fairytale-themed RPG Never After in Southeast Asia. After opening pre-registration earlier in the year and revealing a bit about the game, the full release has finally arrived and offers an enchanting experience filled with classic storybook characters taking their revenge against their respective villains in action-oriented top-down combat.

As it was revealed in our previous Never After article, this is very much an adventure RPG experience that revels in some of the more classic tropes like a lengthy story that takes the tales you already know and love and spins them on their head, giving you a brand new perspective and an interesting what-if scenario. Think something like American McGee’s Alice or the Brothers Grimm but perhaps a tad less dark than either of those. 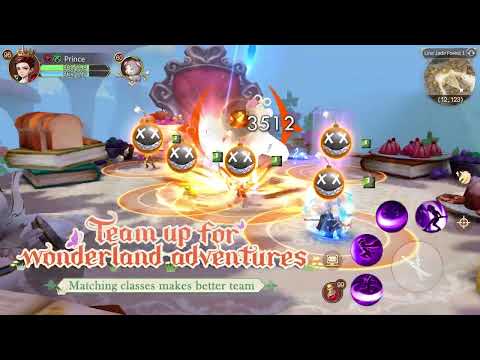 It also offers up the opportunities to pick your favourite characters and upgrade them within your party, making you more adept in combat and more capable of keeping up with the more challenging levels down the line that throw plenty of enemies at you, which will require both higher levels and enhanced gear as well. It’s a fairly standard mobile action RPG experience that is riding on the fact that its themes and setting are so engaging and fun to consider.

Within the game, you’ll see all of the hits. From Alice herself to Snow White, Sleeping Beauty, Red Riding Hood, and so on. It likely won’t include all of the legendary princesses of yore, but you’d be placing a safe bet to say it won’t be long before all of the classics will be doing battle with giant teddy bears or sentient cards given this is very much a live-service game that will surely be updated more and more throughout the year.

For now, Never After can be found on Google Play and the App Store in Southeast Asia. There’s no official word on a global release, but it has been hinted at, so cross your fingers for more news soon.