Com2US' NBA-licensed game, NBA Now 22, is now available for iOS and Android. It allows players to collect a create their Dream Team from a choice of over 6000 past and present basketball pros. It features a host of game modes, including PvP and a prediction system that rewards players based on how accurate their guesses are for real-life NBA games.

The game will celebrate its launch by allowing players to earn a Gold Card featuring NBA 2K Now's cover star, Joel Embiid of the Philadelphia 76ers. In addition to adding him to their roster, players can expect a series of login bonuses and missions with various rewards.

We recently had a chance to chat with Rich Grisham, Director of Business Development for GAMEVIL Com2US, about NBA Now 22. Together we discussed what players can expect from the game going forward, alongside what he believes makes it distinct within the sports genre.

Hi! I’m Rich Grisham, Director of Business Development for GAMEVIL COM2US. My role on NBA NOW 22 is helping coordinate efforts to ensure a terrific launch of the game to all our fans around the world.

Could you talk a bit about how Joel Embiid became the cover athlete for the game and what you believe this brings to NBA NOW 22?

Joel Embiid is a tremendous player who represents a lot of what success in the modern NBA is about – strength, agility, flexibility, size, and speed. He’s one of the most powerful players in the world, and his unparalleled skillset gives players a lot of different ways to have fun! He is an amazing cover athlete and we are thrilled to be working with him this season!

What do you think makes NBA NOW 22 stand out from other basketball games available either on PC, consoles or mobile?

The key with NBA NOW 22 is that it’s unique. Basketball fans have no shortage of options of games to play, so we wanted to make sure NBA NOW 22 is fun right out of the gate for everyone who tries it, while also having its own theme. Our goal was to design NBA NOW 22 to be fun for every kind of player there is and convey an authentic NBA experience. To do so, we incorporated real-time stats so that the game stays fresh throughout the season.

With those live elements, players are able to earn rewards through the game’s Prediction Mode by correctly guessing the results of live matches as well as which players get the most points and assists. Overall, whether you’re a first-timer who loves the NBA and wants to jump right in and have fun on the court, or if you’re a dedicated hoops fan that wants to control every aspect of your team top to bottom by working all the intricacies of team-building – and everything in between - there is something here for you. 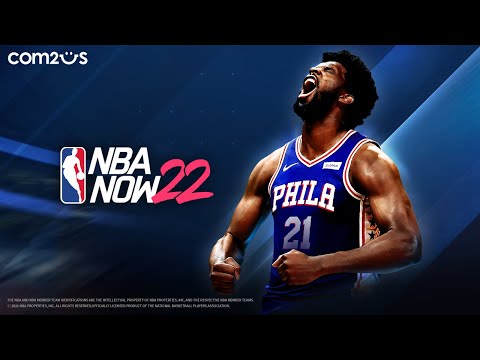 Subscribe to Pocket Gamer on
NBA NOW 22 uses real-time stat integration. Could you explain a little bit about what this translates to in the game and what you believe it adds compared to having static stats that are only updated every so often?

Basketball fans have more data available to them today than ever before – so they expect and demand that data to be represented in their games. Our approach is to fulfill that demand in a unique way that rewards them like no one else can. This allows for dynamics of player performance and ratings that will impact the game, generate excitement, and bring the real NBA together with NBA Now 22 in a real-time basis unlike anything players have experienced in the past.

What is the biggest challenge the team faced when creating NBA NOW 22?

Ha! Building a video game as deep as NBA NOW 22 has no limit of challenges, but our team’s extensive experience in the field coupled with the tremendous help from our partners in the NBA and the NBAPA helped us overcome all of them. We believe it’s the best-looking and best-playing mobile basketball title we’ve ever created, and the feedback from fans so far has definitely confirmed that. And! We’re not finished by any stretch. NBA NOW 22 is a living, breathing game that will be continuously updated and supported throughout the season.

Presumably, the game will receive multiple updates over time? If so, what kind of changes can players expect to see?

Yes, absolutely. From player updates to new events, there will be dozens of updates over time – most of which we’ll be unveiling throughout the season. So there are many reasons for fans to be excited not just at launch, but all the way through the NBA Finals!

With free-to-play games, players are always concerned about them being pay-to-win. How have you looked to balance NBA NOW 22 to mitigate this kind of issue?

A game like NBA NOW 22 has so many ways to play – seasons, playoffs, challenges, friend matches, missions, and more – that we feel every kind of player will enjoy the experience no matter how they choose to engage with it. Video game fans are the smartest spenders in the world – they know value when they see it. We believe we’re delivering an experience that will appeal to a wide variety of players where everyone has a good time.

NBA Now 22 is available now over on the App Store and Google Play. It is a free-to-play game with in-app purchases.

Looking for more sports games to play on your phone? Here are 25 of the best available for iPhone and iPad
Next Up :
Interview: Deyan Trichkov discusses March of Empires' new faction, the Shogun