iOS + Android
| My Love For You is Evermore

Lovely Inc has released its second feature otome game, My Love For You is Evermore, for iOS and Android platforms, after its earlier game Snowkissed Romance was released way back in 2019.

It’s a visual novel mobile otome game where you meet and romance a group of eligible bachelors. The game has released with four available Season One stories, with each one including 12 chapters and three different endings depending on the choices you make during them.

Along the way, you can also collect five special illustrations and enjoy several voice-acted phone calls. In fact, Lovely Inc has taken the effort to include English voice acting in the game, something which isn’t a common occurrence in a genre like this. 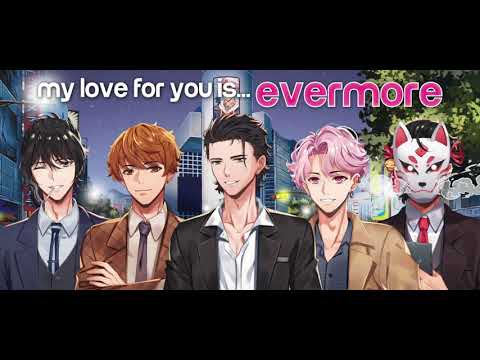 Co-founded by Kayla Michelle and Kiyana Raeven, Lovely Inc is a games development company run by women and creating games for women.

“This is truly a departure from our first title,” comments Michelle on the release of My Love For You is Evermore. “The protagonist of Evermore is 25 years old and a couple of years into her career as a publicist, so she herself is more mature, but we also wanted to raise the bar when it came to the maturity of the story and the depth of the characters.”

“I can honestly say our fans will be surprised by these characters,” adds Raeven. “We don’t follow your typical arch-types. We constructed genuine characters taking into account their family, the way they were raised, and their experiences throughout their life to get to where they are now at 24, 27, 28, and 31 years old.”

My Love For You is Evermore is out now on the iOS App Store and Google Play for Android. Each story costs £4.99, but all four can be purchased as a bundle for £14.99.

If you enjoy simulation games, read about our favourite ones of 2020.
Next Up :
Fortnite v21.20 update brings New Indiana Jones skin set, Charge SMG, and more