Sponsored Feature: Nevosoft on why the third entry in the My Kingdom of the Princess series is the best yet

iPad + Android
| My Kingdom for the Princess III

My Kingdom for the Princess III is the latest iOS release from Russian developer and publisher Nevosoft.

If you're not familiar with the My Kingdom for the Princess series, the game contains a unique mix of simulation, strategy, and time management. It also recently featured as a new and noteworthy release on the US App Store.

In My Kingdom for the Princess III, you are required to destroy any obstacles you're faced with, rather than just build to make progress.

We spoke to Ekaterina Zholobova, head of mobile marketing at Nevosoft, to find out what the influences on, and inspirations for, My Kingdom for the Princess III were.

I had a dream

"Sergei Korshun, the project's author and lead developer, claims that the idea for the gameplay came to him in a dream. That was our starting point," Zholobova explains.

"We then had to think carefully about the plot and decided to focus on themes of love and fantasy in the medieval times, with knights, princesses, kings, and dragons.

"We wanted to share a true love story with the world and that's one of the reasons the series was so well received by players."

Rather than play it safe and stick to what it knew people enjoyed, Nevosoft strove to make significant progress with its third game.

It looked at reviews from fans of the My Kingdom for the Princess series, who told the company that they'd found the tasks in the first two games a little difficult.

Nevosoft knew that it had to make parts of the third game easier, but didn't want to compromise the addictive and challenging gameplay. In order to strike a perfect balance, then, Nevosoft tested out different variants of the game and asked for people's opinions.

Let me entertain you

"Besides, now players can get some help if they are stuck for more than seven seconds. We polished all the graphics up, too. And the new storyline will make everyone's hearts beat faster."

Zholobova goes on to explain that "the diversity and the intensity will keep players entertained. There are many different tasks which have to be fulfilled very quickly. At the same time, you have to use your strategic thinking and think through each step."

"There are also awesome arcade mini-games which add a lot to the game's diversity. Players won't get bored simply because the game constantly challenges them. We are very thankful to our beta-testers, who helped us make the gameplay better than ever."

No rest for the wicked

Nevosoft won't be resting on its laurels, though, and is happy to continue working on the project. This includes enabling more people to play the My Kingdom for the Princess series by launching it on different platforms and devices.

Nevosoft is keeping the specific details under wraps, but it has assured us there will definitely be game updates with exciting new features and levels to play.

"We are proud of how we put everything together in My Kingdom for the Princess III," Zholobova adds. "The gameplay, the storyline, the characters, the mini-games - everything is in the right place."

My Kingdom for the Princess III is available on the App Store now on iPad for £2.99 / $4.99 [iTunes link]. You can also get it in the Google Play Store on Android for free [Google Play link].

A Lite version for the iPad is also available to download for free [iTunes link].

Check out the trailer for My Kingdom for the Princess III below. 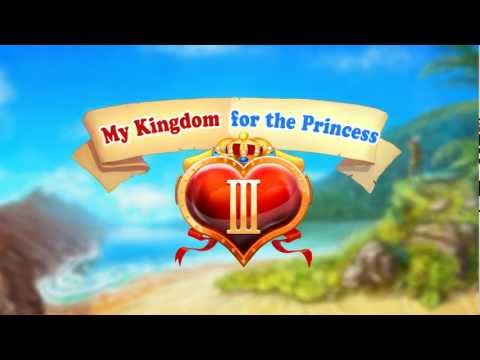