Following the announcement back in May, Crunchyroll's latest fantasy RPG, Mitrasphere, is now available for iOS and Android devices. The game previously launched in Japan back in 2017, where it was downloaded seven million times.

Its global release has racked up 100,000 pre-registrations ahead of this week's launch, which is pretty solid, particularly considering it's an original IP. Those who pre-order Mitrasphere will receive 800 Sea Crystals, a 4-star Magic Device called Heroic Upa, and a free 10-pull that will guarantee 4-star weapon

Mitrasphere takes place in a world where golden crystals fall from a tree that resides in the sky, which itself is an ocean. The story follows folks cursed by fate who have decided to rise against it. There will be a plethora of modes for players to tackle, including the Main Story, Boss Battles, Ancient Raids and other events. 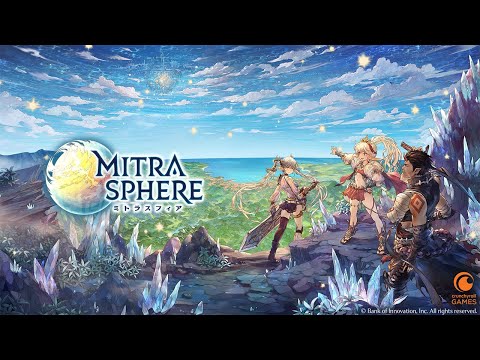 As for the characters themselves, there will be a host of customisable characters, and players will be able to switch between five classes. They include:

Mitrasphere is available now over on the App Store and Google Play. It is a free-to-play game with in-app purchases.

Looking for more RPGs to play on the go? Here are 25 of the best available for iPhone and iPad
Next Up :
Ninja Must Die is an upcoming combat-focused action runner with stylish ink-based visuals, now open for pre-registration