After being announced in April, the made-for-mobile 2.5D fighter Metal Revolution, developed by Yoozoo, will finally be hosting a North American beta testing period to celebrate the upcoming fighting game-centred event Evolution 2022, or EVO. Metal Revolution has already successfully soft-launched in a few select territories, but this is the first chance for North American players to get their hands on the title!

In case you haven’t stayed caught up with Metal Revolution, it is a fighting game that was specifically made with mobile devices in mind. Seeking to replicate the same prestige console experience as games like Street Fighter 5 or Guilty Gear Strive, Metal Revolution sees a large cast of robotic combatants doing battle with one another. You’ll find your usual fighting game cast here, just in robo form - from the typical “shoto” characters or the protagonist beginner-friendly ones to the agile Spanish fighter a la Vega from the previously mentioned Street Fighter. It's the whole spectrum. If you’ve dabbled in the genre, you’ll know what to expect from this cast. 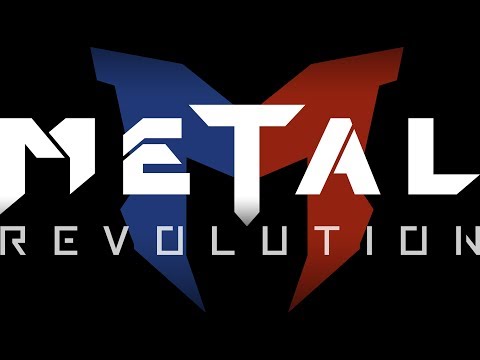 Gameplay-wise, it also plays much like those games - a 2.5D stage, side-view, with you squaring off against another opponent be it an AI or a real player. You'll both duke it out, utilizing the expansive moveset each character has. What makes Metal Revolution stand out is the graphical fidelity it holds for a mobile game, as well as the fact that it’s, well, a mobile fighter. While plenty of fighting games have been ported to pocket devices, this is the first time one has been specifically made with touch controls and WiFi connections in mind, so we’ll have to see how this new endeavour pans out.

If you’d like the chance to get your hands on Metal Revolution’s upcoming beta, you can check out the game’s official website for more information. In the meantime, if you’re one of the lucky few who live where the game is available already, you can check out either of the links below to download it!

Looking to square up against more challengers? Check out our Top 25 best fighting games for iOS!
Next Up :
Papers, Please finally releases onto Android and iOS today