Developer explains why it chose to “do a Peggle”

We’ve been following the exploits of Anglo-French games designer Luc Bernard for some time now and so we were understandably interested when Mecho Wars - produced by Bernard’s new studio Oyaji Games - hit the App Store recently. You can check out the official Pocket Gamer verdict here.

We caught up with Bernard and fellow Oyaji staffer Sean Reid to speak a little more about this intriguing turn-based strategy title, and the reasons behind the recent (but sadly temporary) 99c/59p price drop.

Pocket Gamer: What kind of feedback have you been getting about Mecho Wars?

Sean Reid: The feedback has been great. It is a relief that people accept and welcome the game. Oyaji Games really believes that Mecho Wars is a great product, but we were still waiting to see how the press would rate it and how the players would like the gameplay. We are excited to get such great feedback.

Can we expect any additional features to be added to Mecho Wars in the near future?

Yes. The very first update we've issued is enhancements to the UI. Some people preferred to see the enemy troop movement and attack range. Personally, I was the one who designed the troop statistics, so it was natural for me to understand each troop's capabilities.

However, the players are new to the concept, so we've added additional info during the troop purchase screen, the ability to view enemy troop movement/attack range, and to view any troop's strength or weakness by tapping the troop description side-tab. 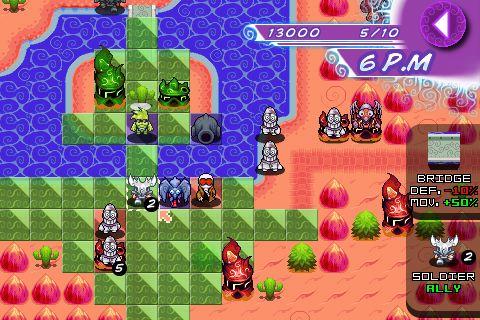 More updates are planned, but we want to solidify details before announcing them. We at Oyaji Games fully believe in supporting our products after release and pushing it further by adding more content at no extra charge.

Is there any aspect of the game that you’d like to have done differently?

It is hard to pin-point any specific features that we would have liked to implement differently. Any change, big or small, each has its own pros and cons. We tried to stay true to the simplicity of the design in all aspects of the game.

Through simplicity, the game can be engaging for a wider audience. Yet the gameplay that takes place can be complex in terms of strategy by the participating parties, both human players and AI alike. Changing any aspect of the game could drastically affect the harmony of all existing features.

What part of the game makes you most proud?

I personally am proud of the completeness of the game. In the industry there are too often games that have a very well-designed core concept. However, such products could fail overall due to lack of attention placed on other things such as UI, game balance, etc. 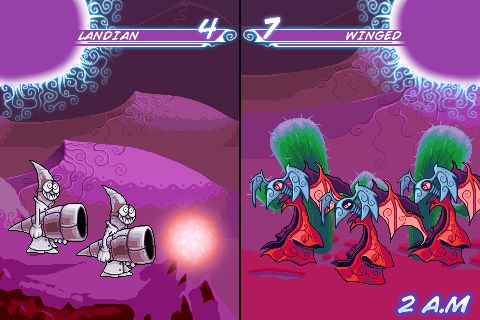 I am proud that the team worked very hard at each detail in terms of game design, graphics, sound, and features. There are even more ways we can improve all of these aspects of the game in future updates, and we have a very good starting-point based on the initial release.

What influenced your decision to ‘do a Peggle’ and reduce the game to 99c over the weekend? Has it had the desired effect on sales?

Luc Bernard: Mecho Wars disappeared from the app store for a hour when I edited something badly on iTunes Connect and then it was not in the top RPG and strategy any more, so naturally I wanted to get it back into the top. So I decided to do a 99c sale to see if it would increase revenue - I also wanted to test the App Store.

I just really want as many people as possible to enjoy the game. We haven't made it to the top 25 yet but I hope that we stay in the charts so we can continue supporting the game.

Do you have any plans to produce a sequel for Mecho Wars?

Right now we are focusing on free updates to Mecho Wars. We will see if Mecho Wars does well enough to do a sequel.

Mecho Wars has been confirmed for WiiWare, but will you be considering a DSiWare version too? 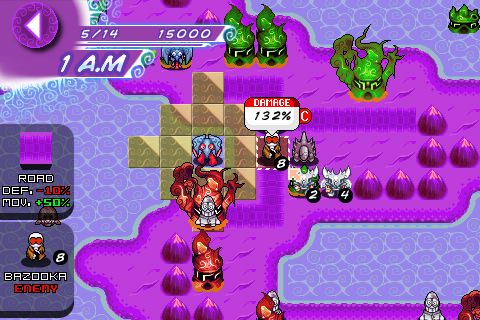 We are working on the WiiWare version with Flying Tiger Entertainment. I am directly involved with it and so is Sean. A DSiWare one might happen, but we’re taking things one port at a time.


What other games do you have on the horizon?

I’ve been working on a animated series based on the Mecho franchise, which will hopefully get picked up by a network. Sean currently is still working on Mecho Wars (the free updates) but I have been working on some game designs for future games.

I know that we want to release Mechopolis (a robot-building open world game) sometime in 2010, and Rose Princess - which I believe I mentioned to you last time we spoke - is still planned for the end of the year.

Thanks to Luc and Sean for taking part in this interview.
Next Up :
Fantasy Town Diary: Days 2-4 - more citizens, more style, and fresh bread

iPhone turn-based game Mecho Wars 'MIGHT' be coming to Android