Popular multiplayer first-person shooter MaskGun, developed by SuperGaming, is celebrating reaching over 62 million players globally with some updates to the popular 1v1 game mode and spectator additions. The player-customization focused competitive shooter has seen huge success since launch, and this update will only make it even better.

After being released in January, MaskGun reaching this player milestone is no small feat, so it makes sense the developers are looking to give back to that massive player base and give them features that have been requested since launch.

These features are, specifically, the brand new additions to the 1-on-1 game type, which pits two players against one another on some smaller, tighter maps and lets them battle it out over the course of three rounds. The tighter map design leads to some intense and slower-paced combat as opposed to the usual game modes that are a bit more hectic. This makes it perfect for players that are looking to get a bit more tactical in MaskGun. 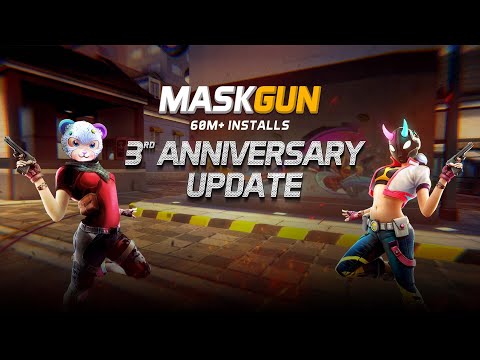 As for the additions, the matchmaking for this game mode has been thoroughly improved, so you’ll be a lot less likely to run into somebody who either wipes the floor with you or isn’t quite up to your skill level. There’s also been a fair few quality of life menu tweaks within the mode that’ll speed up the time spent buying weapons or waiting for the next round. All of this comes along with the ability for up to five spectators to witness the 1v1s as well as voice chat.

If you’re looking to get in on the quirky and uniquely designed shooter action, you can find MaskGun for free on both Google Play as well as the App Store.

Looking for more intense shooter action? Check out our list of the Top 15 best shooters for iOS!
Next Up :
Call of Duty Mobile's Season 4: Wild Dogs sends players on a trip through the desert amidst raging sandstorms

What is MaskGun? Your questions about the popular FPS Answered