Brace yourselves as NetMarble’s Marvel Future Fight is introducing the most ferocious character, the Lord of the Underworld: Mephisto. He is considered as one of Marvel’s most iconic Super-Villains who is arriving with a lot of other additions in this update.

It's not only the evil character that is being added but also a new superhero is coming to join the roster. This update will also feature Ikaris, leader of the Eternals. He possesses enormous strength and laser vision with the ability to fly. Players who are more familiar and attached to Marvel’s comic universe must know him and his super abilities.

Regarding in-game uniforms, there will be a Fall From Grace uniform for Daredevil, the Jewel uniform for Jessica Jones, an Uptown Suit for Luke Cage, and an original The Living Weapon uniform for Iron Fist, which will be available right after updating the game. 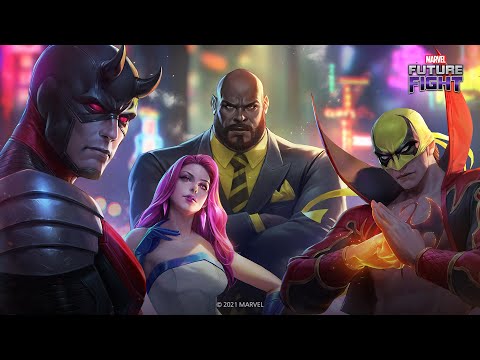 Subscribe to Pocket Gamer on
Extra improvements in the update -

Lastly, you can grab many rewards by defeating Mephisto in the battleground. Make sure your characters are skilled enough to face the most powerful Underlord. You can upgrade their skills and abilities to empower them and customize their looks by completing tons of events that are paired with massive special rewards along with the regular ones.

You can download Marvel Future Fight now from the iOS App Store and Google Play for Android. It is a free to play title with in-app purchases.