Marvel Future Fight brings the recent Avengers: Enter the Phoenix Marvel Comics event to the mobile RPG in its latest update. Netmarble's RPG from the popular franchise reintroduces the Phoenix Force with fresh in-game content such as a new Artifact system to help boost players' characters.

In Marvel Future Fight, you'll have to fight the good fight in response to Nick Fury's message from the future. You must defend your universe by recruiting over 200 fan-fave characters from across the Marvel Universe, whether you're into the Guardians of the Galaxy or the Inhumans.

As you keep the convergence from destroying the world, you can also complete missions for awesome rewards, as well as duke it out with other players in PvP Arena modes. You can also participate in Epic Quests, team up with your online buddies for assistance on missions, and join an Alliance to compete in Alliance Conquests. 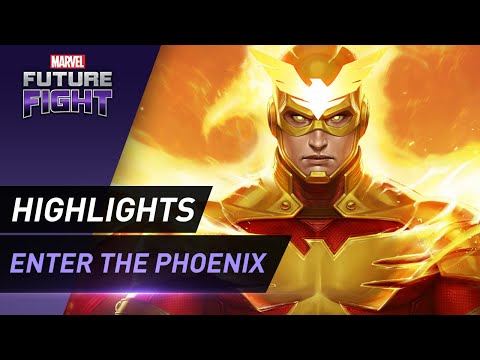 The latest update introduces a new Artifact system into the game. Earned through Timeline Survival mode, Artifacts can be equipped on certain characters in order to provide them with enhanced attributes.

There will be an exclusive Artifact for each character, giving them a special passive skill. Should a character equip an Artifact that is non-character-specific, they will still receive attribute bonuses. Artifacts can also be broken down into Celestial Essence - you can use these to boost attribute bonuses.

To top it all off, there will be three new “Enter the Phoenix” uniforms for Captain America, Hyperion and Wolverine, along with a new Threat Level difficulty level for the Timeline Survival. You can visit the official website to know more about the latest developments in the game, or download Marvel Future Fight on the Google Play Store for Android devices or on the iOS App Store. It's a free-to-play game with in-app purchases.

On the hunt for more RPGs? Why not have a look at our list of the top 25 best RPGs for Android phones and tablets?

Next Up :
These Robotic Hearts of Mine, due for delisting from the App Store soon, is currently completely free